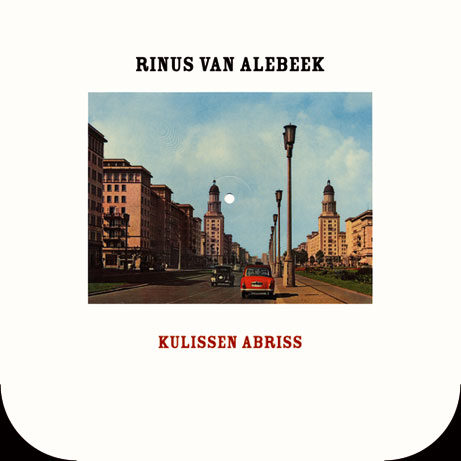 "Van Alebeek's disk is an interesting combination of site recordings and philosophy. Recorded earlier this year in Berlin-Dresden-Wuppertal it opens with a triptych of short pieces that sound like someone driving around hearing fireworks there are bangs, whizzes, some crowd noises and a terminal 'wow'. The second track has a motor humming, steps and an interference buzz, some crowds and then a woman (Barbara Gessner) reads a letter about recordings and then disgust at their country's war mood (the US?). A softer male voice reads the same a little delayed. There are big noises, a tram, and another. Some radios and more fireworks and finally a park with birds, talking and a radio playing something Middle Eastern. In a large space someone gives a talk, almost understandable, as buckets clatter and things scrape in the distance. The woman again, saying existence and aesthetic meaningfully, a piano plays quite extensively. Moving in another large space, a woman speaks German, there is chittering, banging, distant singing and tapping on the mike. And finally a man talking about senses, everything we are surrounded by caring for us, society and music taking us to the gates of hell, as traffic pasess."

5 by Rinus Van Alebeek is licensed under a Attribution-NonCommercial-NoDerivatives (aka Music Sharing) 3.0 International License.