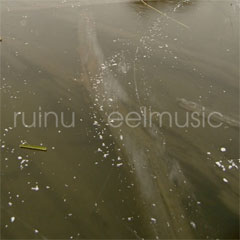 Eelmusic, was recorded live in Ostrava and Nový Jičín, in Czech Republic, during a short tour in February 2010. The tracks were later mastered by Jorge Boehringer of Core of the Coalman shortly after he heard RUiNU open for Wolf Eyes at Prague’s Stimul Festival, and inspired by their live sound, conspired with them to recreate it here.  RUiNU is a three-member group around KLaNGundKRaCH label specializing in free improvisation with fragments of noise and musical ruins.

III by RUiNU is licensed under a Attribution-Noncommercial-No Derivative Works 3.0 United States License.