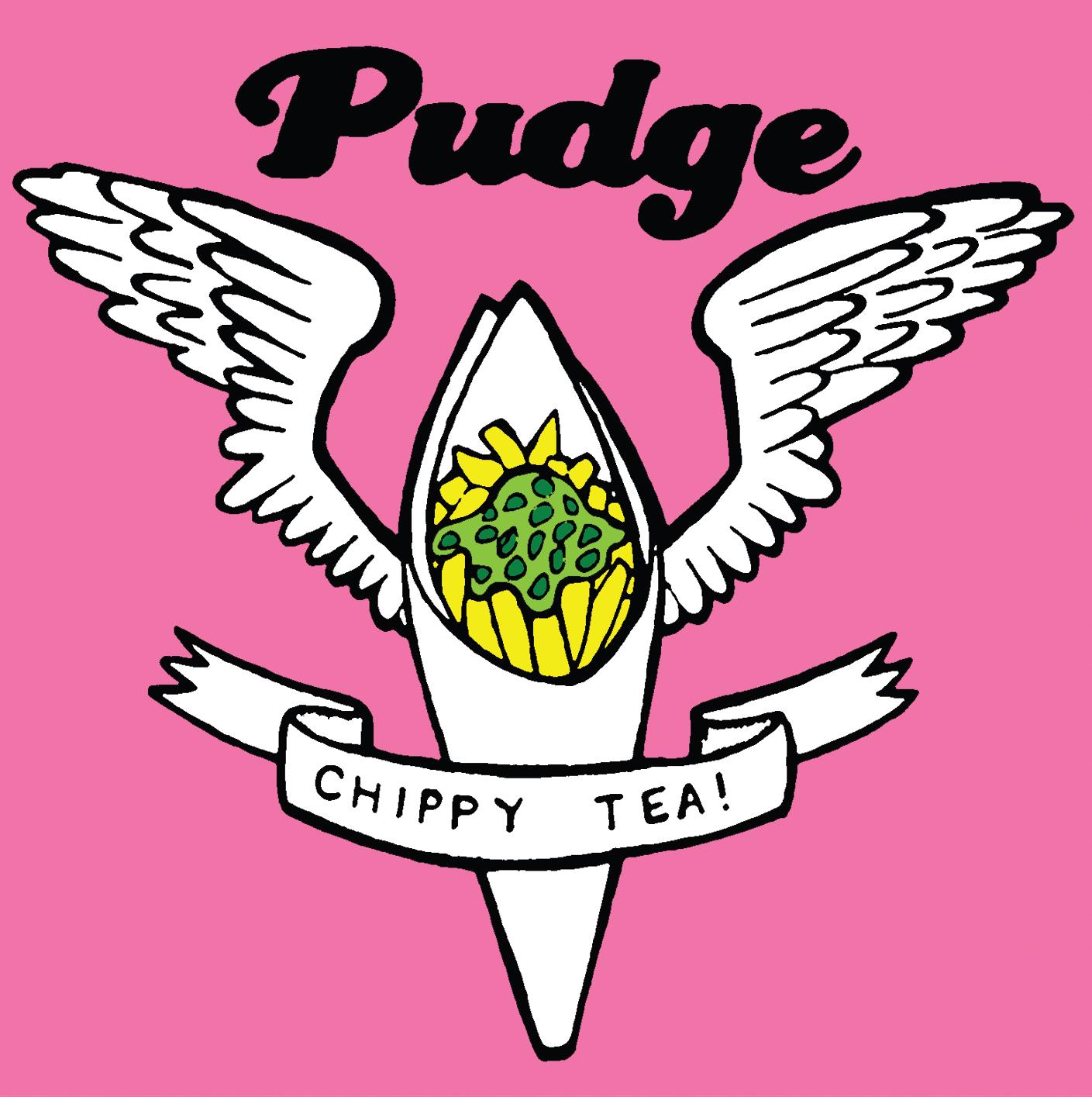 A chippy is an English fish-and-chips shop, home of all things fried. A chippy tea is a meal from the chip shop, usually including fried potatoes (fries), batter-fried fish or a meat or mushroom pie, mushy green peas, and gravy. You may hate yourself for the indulgence later, but oh the luxury of wallowing in it in the moment!

Don't knock mushy peas on fries until you have tried 'em. If you have been putting away beer and hard cider all night, you can't beat peas and potatoes to the rescue. Pudge knows all about it, and they even have a song dedicated to their cider of choice, Strongbow. Cheers!

Chippy Tea from Pudge is fast and fun and celebrates the little joys of life!

It's easy to relate to the lyrical content of this album's songs about getting pissed, working shit jobs, having chips and mushy peas for tea on your way to the gig, ill-advised late night Jaeger shots... You get the idea; it's probably your life! There's no pretence at all--it's fast and fun and basically tells it as it is; no trying to make being poor and drunk in Sheffield sound romantic or revolutionary. You're born, you work, you get drunk, you die...let Pudge be the soundtrack to your mindless path of destruction! Very good! [by ctznsmith]

This album was originally shared by Kill Your Own zine as a free download. You can now support the band with a name-your-price download from their label at Bandcamp. Go on and buy them a chippy tea!

Chippy Tea by Pudge is licensed under a Creative Commons Attribution-NonCommercial-NoDerivatives 4.0 License.