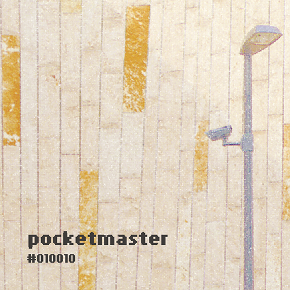 For its 31st release, Da ! Heard It Records summons the 8bit spirit once again.

Their “crunchy” sound is dear to them for they make music with chips; the Pocketmasters have kept their oomph since their first album, released right here in 2009. As evidenced in the hexadecimal coded translation of its title, this disc evokes a dark tint, in the image of the years to come. In order to obtain this musical color, the Swiss duo mixed all of the ones from their old consoles and second-hand computers. From this results a series of pieces with a pop energy that gets to the point about our numerical lives on the pixel scale. General surveillance in the all-digital era and old nuclear plants are thus brought back to our live memories via sonorous extracts gleaned from all four corners of the web. Displayed over chiptune melodies thought out first and foremost for your stepper sessions, these diverse citations bring a new lighting to this colorful world. Inspired by the Micromusic scene and the first video game composers, including Chris Huelsbeck, Martin Galway, and Rob Hubbard, this joyfully haywire disc might make you want to load up a cartridge to console yourself.

#010010, Da ! Heard It Records’ 31st release is distributed under a Creative Commons BY-NC-ND license. The album is free for listening and downloading at the following address: http://www.daheardit-records.net/en/discography/dhr-31

Dr Sleepgood 3 by Pocketmaster is licensed under a Creative Commons Attribution-NonCommercial-NoDerivatives 4.0 License.