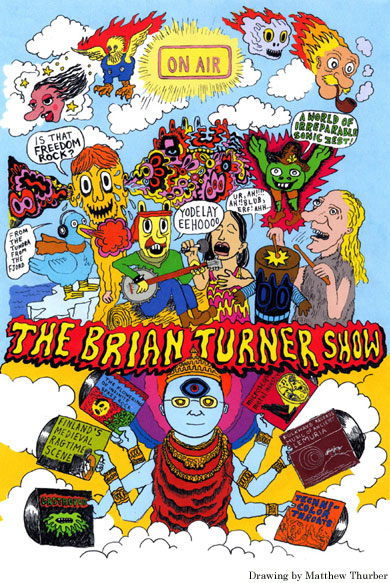 Someday they may settle down and listen to Tom Petty and Astrud Gilberto like the rest of us, but now several records down the line Eastern Pennsylvania's Pissed Jeans continue to churn out ugly, malevolent, sexually alienated/frustrated and boredom-damaged rock music. At a total peak right now with their latest "King of Jeans" on Sub Pop, the Jeans have aged and matured' but instead of going soft they've only honed in on the fine art of destruction with even more precision in channeling the frayed-cable attack of Black Flag, Flipper, Drunks With Guns and more. In October, they turned the stage of WFMU Fest in Brooklyn into a wasteland of broken mic stands and (much) vomit, and might have put in rock show of the year. Hear 'em with Brian in the WFMU studios today. Website, My Space. Great pics from WFMU Fest on Diana Wong's Flickr stream. See em April 3rd in Baltimore at Sonar Fest, and April 9th in NYC at the Knit! Set list today: Science Fiction / Half Idiot / Human Upskirt / Pleasure Race / Dream Smotherer / False Jesii Pt 2 / L Word / Boring Girls. 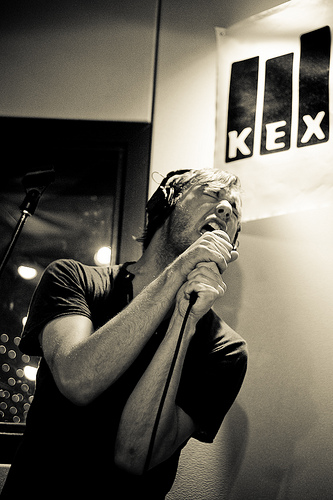 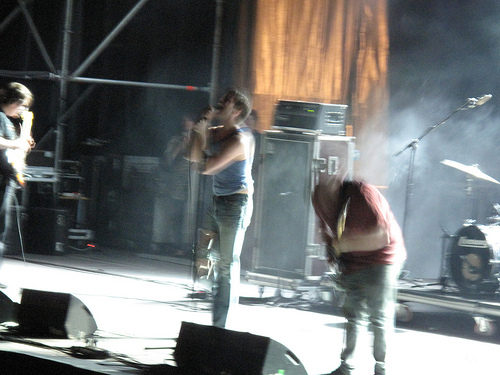 Live at WFMU on Brian Turner's show 3/30/2010 by Pissed Jeans is licensed under a Attribution-Noncommercial-No Derivative Works 3.0 United States License.

WFMU playlist
So far 0 comments about this album. Add your 10 cents!