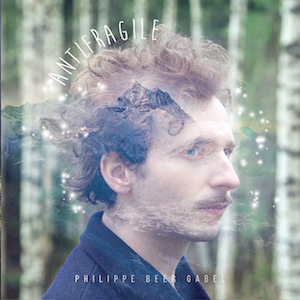 Author, composer and performer, Philippe Beer Gabel is the sole player in France of the Kantele, the national instrument of Finland, a mesmerizing 38-piano-string electric harp.

Endorsed by the main kantale manufacturer Koistinen Kantele since July 2011, Philippe has been working on creating a new repertoire for the instrument and developing the sound possibilities of an instrument that is still unknown to a wider audience.

Philippe is very keen to promote the instrument. In the past, he played in the bands General Bye Bye, Feather Feather and Château Nowhere as a singer and guitar player. He took time to transpose his guitar parts and adapt them for the kantele.

After playing many shows and having different experiences, Philippe decided to start a solo project. Blending pop music, classical and some elements of electronic music, his songs have as their themes the impermanence of things and our ability to let go.

In 2013, Philippe Beer Gabel received a grant from Adami to develop the scenography of his live performance and in April 2015 won a prize in the category "open music" at the international kantele competition in Helsinki.

Rocketlauncher by Philippe Beer Gabel is licensed under a Attribution-NonCommercial License.