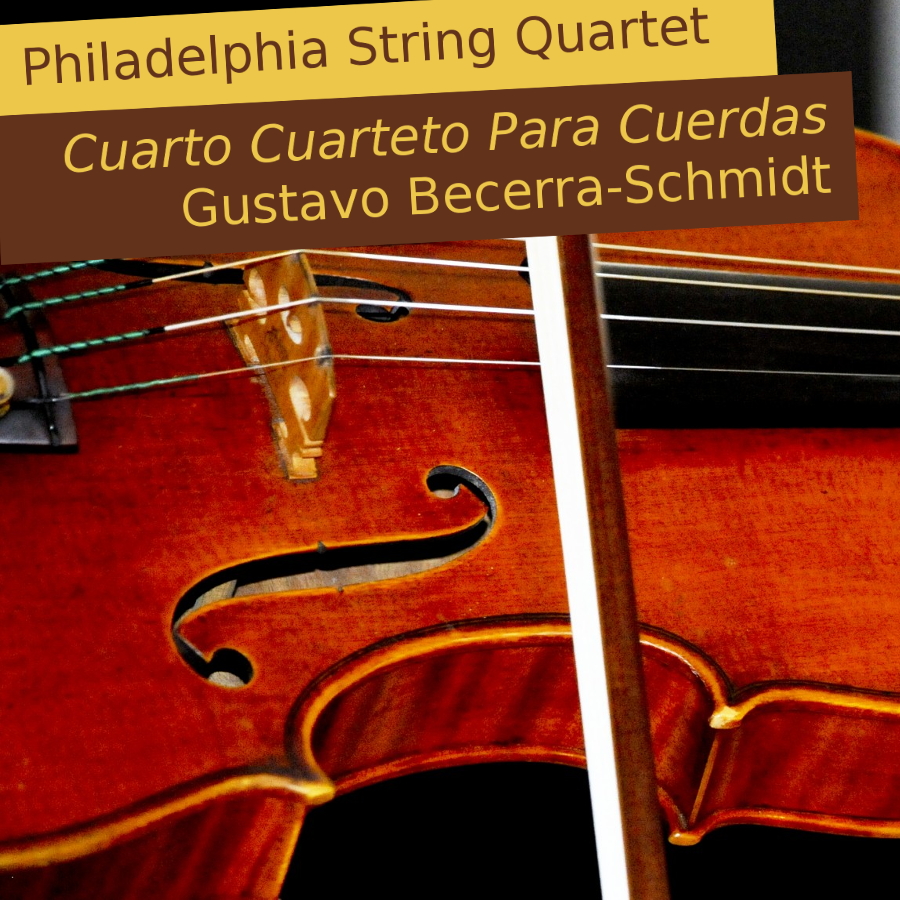 The second movement has an unsusual color contrast in which the first violin plays bowing over the fingerboard, the second violin bows at the bridge, the viola plays normally and the cello has a mute.

The recording is taken from an LP [Oly102, sold to Pandora by the University of Washington Press]. The engineer was Glenn White.

It was played by the Philadelphia String Quartet, which at the time of the recording comprised Veda Reynolds and Irwin Eisenberg, violins; Alan Iglitzin, cello; and Charles Brennand. cello.

Chilean composer Gustavo Becerra-Schmidt (1925-1910) began his musical studies at the age of seven at his local conservatory. He later earned his degree in Composition and Musicology at the University of Chile.

In the 1950s and 1960s, Becerra-Schmidt worked as a visiting professor at major European conservatories, including Italy, Austria, Germany, France and Spain. Between 1968 and 1970 he was Secretary of the Faculty of Sciences and Musical and Performing Arts of the University of Chile. He left the post of Secretary of the Faculty when appointed by the Government of Chile as Cultural Attache of the Embassy of Chile in Bonn, Germany.

Between 1956 and 1973 the catalog of the composer grew significantly. Among the nearly hundred works he wrote in that period was this piece, his String Quartet Number 4.

After the 1973 military coup overthrew the constitutional government of Chile, Becerra was removed from his diplomatic post and sought political asylum in the Federal Republic of Germany.

In the following years, Becerra-Schmidt continued his academic work at the University of Oldenburg, writing, and composing. He spent the remainder of his life there and died in 2010. The compositions of Becerra-Schmidt are known throughout the world, and he can be considered among the most important Chilean composers.

4 - Allegro by Philadelphia String Quartet is licensed under a Attribution-ShareAlike License.