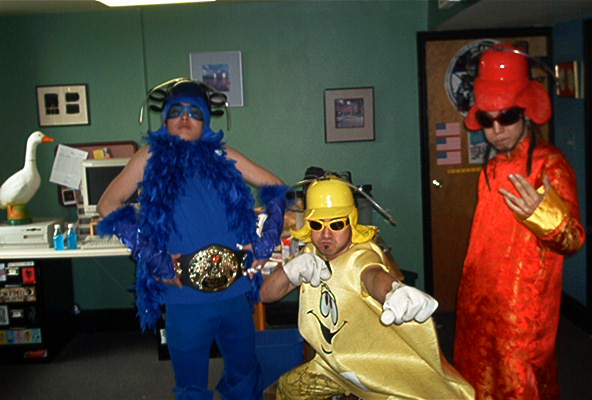 These three dress up in color-coordinated costumes about as if they came out of Japanese Animation (claim those are not costumes, but the skin!!!) put on a fun entertainment. Yes, their performance is not just playing music. Have you heard of human bowling, wrestling and kung-fu action, or funny dance at the punk rock show? Peelander-Z knows how to entertain the audience by dragging them into the show. One experience would capture you!! Peelander-Z is the best of the universe! (peelander-z.com) 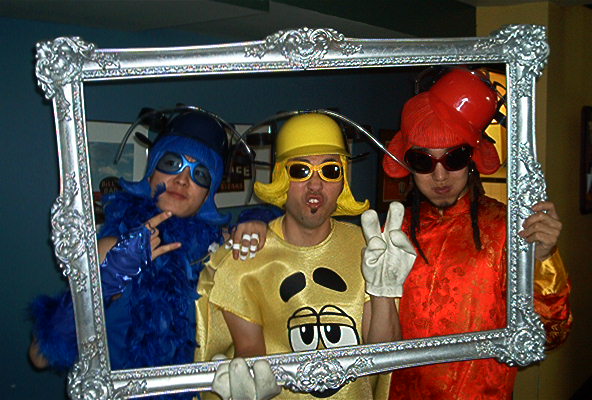