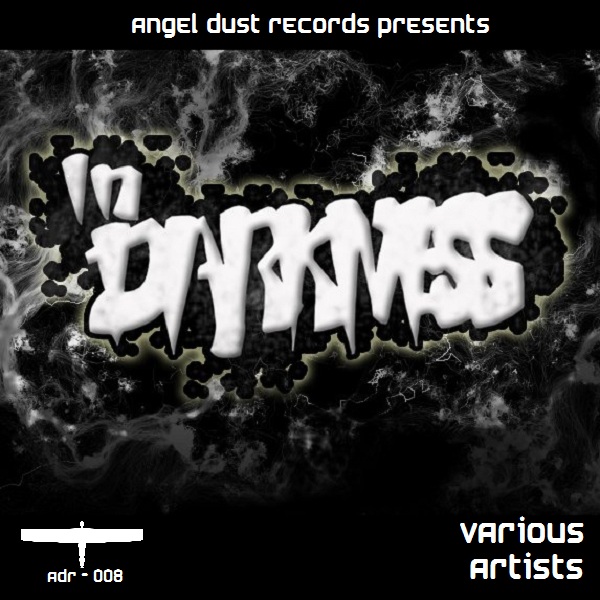 In Darkness is an EP of the darkest dubstep tracks yet to be released by Angel Dust Records.

Intelligent Delinquent, aka Oliver Bolton, is from Southend, England. He makes Dance music which is normally of the Drum and Bass Dubstep Style. He’s been Making Beats for about 10 or so years. He also does a weekly DJ show on www.dancedigitalradio.com every Tues between 6-8pm (UK time) which gets listeners from all over the world. If you want tracks played on the show, then send tunes to this Soundcloud Group: Dubstep Dubs to be Played on www.dancedigitalradio.com. For Bookings Contact him on intelligentdeliquent@bacondubs.com. The track was made available as a free download by FatKidOnFire, aka Wil Benton, from London,  England.

Southman, aka Ian Sutherland, is from Barnegat, New Jersey, United States. He tries to make a variety of music, ranging from simple electronic pop to neofusionpunk gothicclassical alternativeindiepop jazzfunk. He also tries to get at least one song finished a week, but that usually doesn’t happen too often. He’s always up for collaboration, so send him a message and he’ll work something out!

Paranoid Breaks is a small collective based in Suffolk, England. They came together as a result of their love for underground music. Formed in 2009 to bring a new spin on the music that heavily influenced their lives,
traditionally starting with the old rave scene and moving through to drum and bass, electronica and hard house.  They work closely with two other up and coming artists: Brosh and Chemical Production to give a varied range of music.

DZZ, aka Alex Diamantis, is from Stephens City, United States. He’s 17 and mainly produces dubstep, electronic, and ambient. If you’re wondering what the “DZZ” means, then he don’t have an answer for you. It just sounded cool.

Deadly Dubs by Paranoid Breaks is licensed under a Attribution-NonCommercial-NoDerivatives (aka Music Sharing) 3.0 International License.