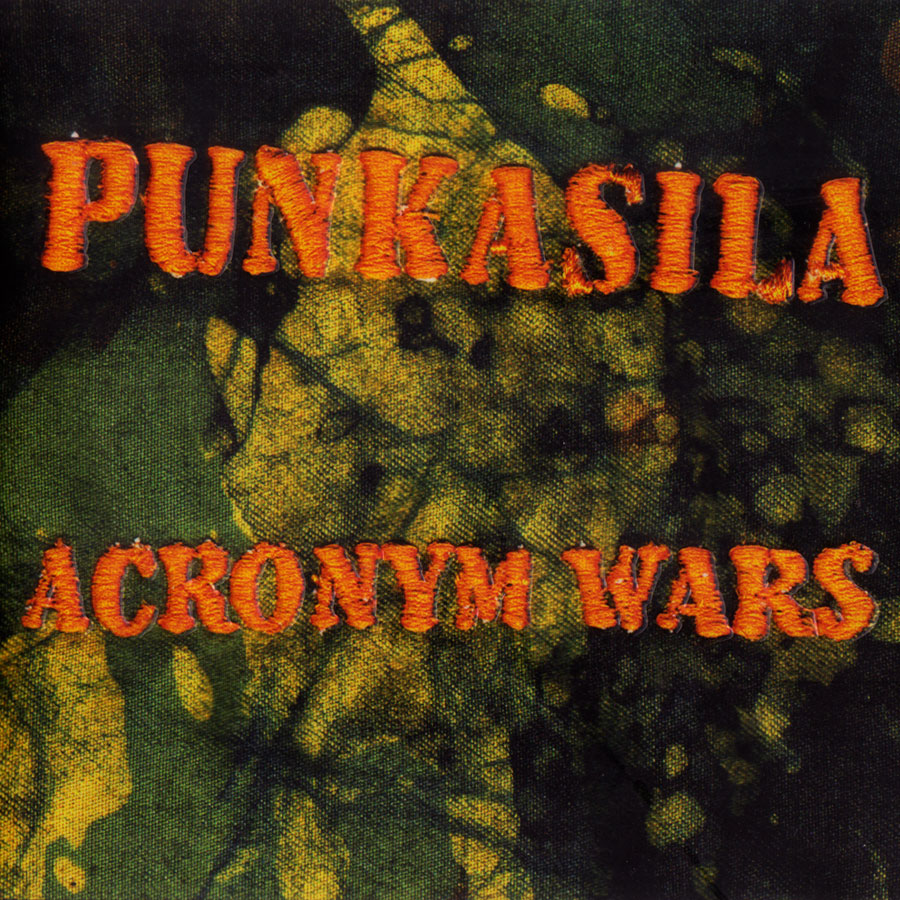 The name, PUNKASILA, which literally means punk principles, derives from pancasila, the five tenets devised for the unitary basis of Indonesian nationhood. While reading The Politics of Indonesia by Dr Damien Kingsbury, Kesminas found himself continually referring to the index of abbreviations and acronyms and it is this index that he chose as the basis for PUNKASILA’s "lyrics". These acronyms became a set of abbreviated "songs" performed in a frenetic progressive-punk-rock idiom. The song titles are in fact the complete lyrics (with completed nomenclature echoed in Bahasa Indonesian).

Together with the band, Kesminas wrote 17 songs based on selected Indonesian acronyms and abbreviations. The genius of thepancasila as propaganda, condensed through its motto, "Unity in Diversity", is to unify the wide ranging cultures of the Indonesian archipelago and to suggest that it is the five principles that they have shared in common since time immemorial. The concept that drives the Punkasila project is to distil the cacophony of disparate political, military, religious, cultural and bureaucratic organisations that constitute the Indonesian body politic to their abbreviated form of acronyms. It is hoped to make the songs both humorous and provocative in equal measure, in part by flattening out each organisations’ implied agendas, arbitrarily presenting them alongside rival, non-affiliated or completely disconnected groups. In addition, many of these acronyms have been popularly inverted using plesetan as a kind of subversive double-speak. This specifically Indonesian wordplay adds another layer of pathos and the ridiculous to PUNKASILA’s repertoire.

All the songs are original. The average length of each is about 1min 30sec with Kesminas singing the acronym repetitively and his co-vocalist Hahan howling its complete form in Bahasa Indonesian. Sometimes these roles are reversed. The song writing process is all the more interesting given the band members very limited English and Kesminas' non-existent Indonesian.

PNU by PUNKASILA is licensed under a Attribution-NonCommercial-NoDerivatives (aka Music Sharing) 3.0 International License.