Horror House by Out Of Orion (Ox3) 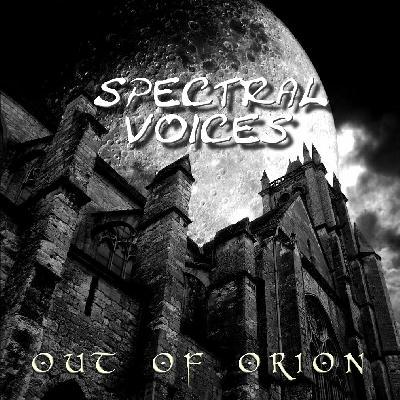 Track 1: Sets the mood of the CD with a very short introduction called Horror House.

Led by Susan Bove the EVP is of a little ghost girl who says “I see you there, (indistinguishable) in the dark” possibly standing or sitting. You can hear Susan state that the room is Pitch Black.

Track 3: Further exploring EVPs this track features another girl ghost who says “Did you see it?”. There was a light moving along the bottom of a TV when the TV was off. The investigator says “Why don't we unplug the TV?” to see if the light still appeared.

Track 4: Some more EVPs on this track of possibly two ghost sisters. One says “I asked my Mommy”. The other says a full female name but it's hard to determine what she is saying. Something "Braiden". Also heard is "This isn't funny". Guess being a ghost is no laughing matter.

Track 5: Don't ever open your window to a vampiress even if she says “I love you”. The results can be tragic.

Track 6: There is a ghost in the woods dripping with rain and loneliness. Feel like comforting him? He's not quite sure if he's alive or dead. Words and vocals by Out Of Orion.

Track 7: A friend of mine Joe Litherland told me how he felt there was a pre-teen ghost living in his house named Eleanor. Whether she was a real ghost or not has never been determined. Words and vocals by Out Of Orion. Ghost voice by Terri Hewitt.

Track 8: Tonight the dead shall rise...it's All Hallow's Eve. Words and vocals by Out Of Orion.

Track 9: A remix of Haunted Sisters produced by Dax Wadley of The Soul Elephant. Putting a new spin on the original track.

Horror House by Out Of Orion (Ox3) is licensed under a Attribution-NonCommercial-ShareAlike 3.0 International License.