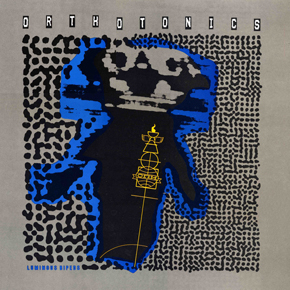 For almost a decade in the 1980s, Richmond, Virginia's Orthotonics constructed and performed a unique catalog of music that could be appreciated for both its inventive complexity and its ability put party people on the dance floor.

Early on, famed DJ, John Peel, discovered and showcased their music on his show in London, and by the time they were finishing their first LP, "Wake Up You Must Remember" in 1984, they'd attracted the attention of guitarist/improviser Fred Frith, who assisted the band in producing and mixing that album and its follow-up, "Luminous Bipeds," two years later.

Though their catalog is small, the music contained in these recordings displays an impressive conceptual range and virtuosity, while suggesting too, that the band developed a particular method of group composition that was refined through constant "woodshedding" and always included room for spontaneous improvisation.

For the full story, photos and other images, viewthe PDF linked here.