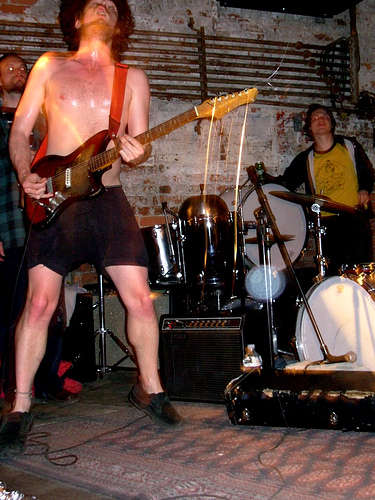 It's much more fun to let one's first impressions of this band be grounded elsewhere than your typical regional / sounds-like influences biographical approach because to hear the hootin' and hollerin' prima facie, one might place this band as having been born anywhere.

But lo, they came to be in Olympia, WA, and yes, that makes sense too. Olympia's a thinly populated area crowned with woods and it gets very spooky in the state parks at night. Old Time Relijun brings us music springing from places far from human voices and it involves much growling. Plus free jazzish-freakouts, instrumental and otherwise.

I came to know them in Portland, OR and shortly before I left I saw them perform on the steps of city hall. Few other bands could have given me such a sense of vertigo. I just couldn't focus on civic architecture and this particular band in the same frame. It would have been like seeing Jimmy Stewart tied up on the wall of an S&M dungeon.

The truly remarkable thing about this band is the way they'll convince you of their premise. In person it's much less conceptual than it seems, what with the Old Testament vibes and beards, what have you. But the songs carry a very real moral weight and the wild conviction that they hold forth will make you want to writhe in the aisles. 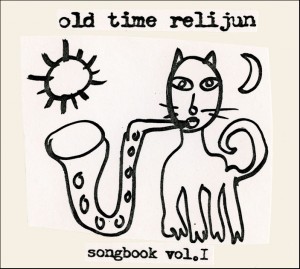