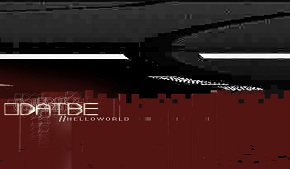 Musician and visual artist Odaibe first appeared on S27 as a guest on our bumper compilation "We Are One" back in April 2010, and we are proud to announce this debut release entitled "Hello World". A mixed bag of sorts, the album encompasses various styles of glitch, trip hop, ambience and audio experimentalism. There is also a remix of an upcoming release from fellow Poland artist Pleq - "Good Night", another artist whom we regard highly.

An absolute delight from start to finish, Odaibe has produced a brilliant debut encompassing many ideas in its 34 minutes.

Hello World by Odaibe is licensed under a Attribution-NonCommercial-NoDerivatives (aka Music Sharing) 3.0 International License.

Section 27
So far 0 comments about this album. Add your 10 cents!