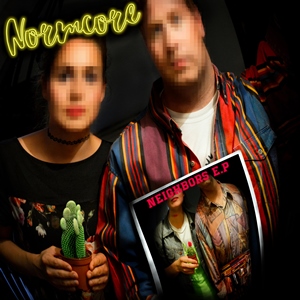 Formed in 2014, Normcore is a french alternative rock band from France. Located in Montreuil, in the suburbs of Paris, they're especially fond of nineties american rock, and have already released three EP's by now. These four musicians love epic solos and massive drums at times, but can cherish sweet ballads as well. They like to crank their amps up as much as they like to set an acoustic guitar somewhere, they actually don't want to choose ! The last EP, called "Neighbors", is made of that schizophrenic wood along the eight songs it contains, from the romance of Caroline to the volcanic eruption of The Plane. Normcore is here to stay.

Neighbors by Normcore is licensed under a Attribution License.