Further From Grace by Nick Castro 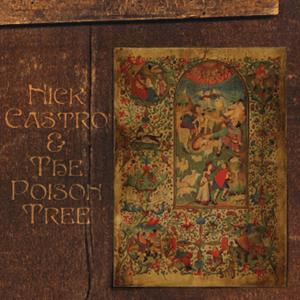 Beaming warmly from the underground enclaves of Los Angeles, CA like a lambent ray of soft sunlight, the music of Nick Castro is breathing fresh life and pristine wonderment into an old sound. Castro released a beguiling album called A Spy in the House of God in 2004 on his own imprint Records of Ghaud, and it caused quite a stir in the new acid folk circles. Imagine a melding of More-era Pink Floyd, Syd Barrett solo and a touch of Incredible String Band with modern fractured folk sound weavers like the Tower Recordings and maybe you are in the right sphere. For his follow up, Castro has assembled a cast of players calling themselves The Poison Tree, boasting amongst its ranks underground folk icons Josephine Foster and members of Espers. It is a heavenly match as evidenced on Further From Grace, a simply mystical sophomore effort illustrating with a feathery wallop that Castro is a major voice amongst the new insurgence of THC troubadours.

Further From Grace bewitches with an intoxicating mood sustained throughout. Instrumentation is lush and exotic, but in the hands of Nick Castro and The Poison Tree, otherwise disparate implements such as flugelhorn, lap dulcimer and mijwiz are deftly melded into a pan-cultural elixir comprised of American and British folk traditions, classical balladry and Middle Eastern. Masterful songwriting, ornamented by Castro's ardent vocals and dreamlike lyrics, are relieved by hypnotic and utterly stoned instrumental passages. Opening with "Sun Song", ripe with visions of Castro's native California as filtered through a heavy-lidded hashish haze, Further From Grace

Induced by flourishes of psychedelic 60's folk bards like weaves along through song after striking song, melody after beautiful melody. Instrumental excursions like "Music for Mijiwiz" kick up acoustic mini-ragas along the way, until the whole journey cascades into the shimmering, hum-along outro of "Walk Like a Whisper". Tom Rapp (Pearls Before Swine) and Bert Jansch, laced with flashes of Amon Düül-like acoustic communal atmosphere (circa Paradieswärts Düül), Further From Grace is a graceful tab of Nick Castro's own heady universe, an acid-folk masterpiece advancing today's sound into sparkling new frontiers. 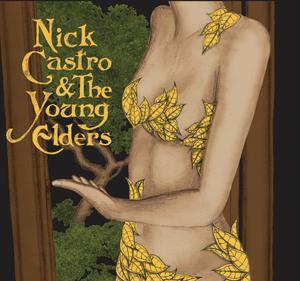 Come Into Our House

Further From Grace by Nick Castro is licensed under a Attribution-Noncommercial-No Derivative Works 3.0 United States License.

Strange Attractors Audio House
So far 0 comments about this album. Add your 10 cents!