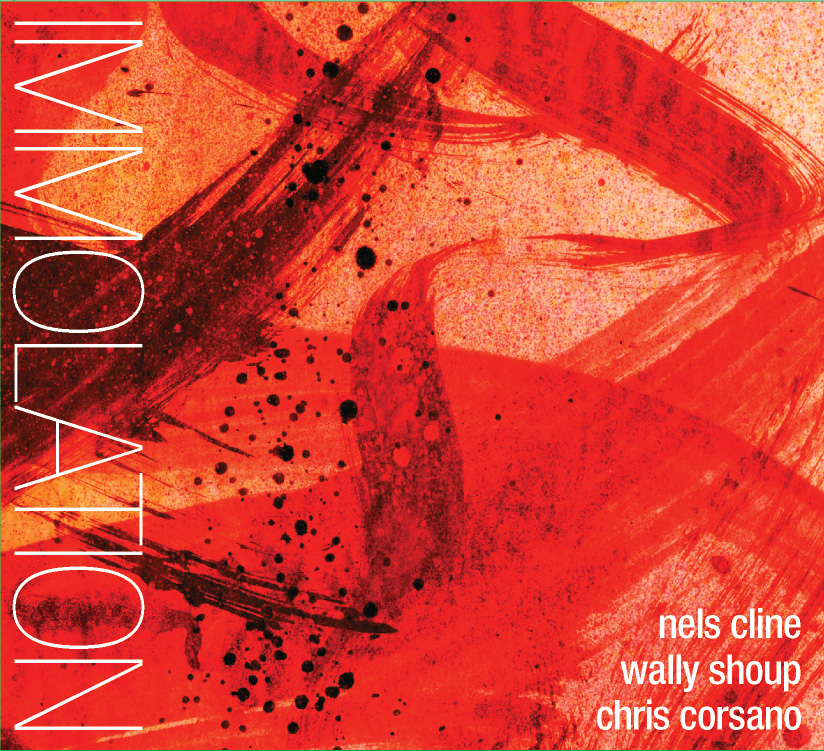 Fans of modern fire-breathing jazz rejoice, for a true meeting and melding of the minds is at play. Immolation/Immersion is the inaugural recording of what will hopefully be more blasts of fury and filigree by three leading lights of improvised music - guitarist Nels Cline, saxophonist Wally Shoup, and young percussionist-on-the-rise Chris Corsano.

Nels Cline should need no introduction. Be it the improvised fervor of his Nels Cline Trio or Nels Cline Singers, forward-thinking rock by Geraldine Fibbers, his collaborations with Carla Bozulich in experimental outfit Scarnella and via his weeping lap steel found on her remake of The Red Headed Stranger, or his latest incarnation as a member of Wilco, Cline is a truly versatile and virtuosic avant guitarist par excellence. Wally Shoup has been around the block a few times himself. Over the course of a career spanning three decades, Shoup has been involved with Project W, has collaborated on many recordings and performances with Thurston Moore, and has brushed up against many American and European improvisers, largely documented on the Leo label. Chris Corsano is on a sharp upward trajectory as of late, pummeling flesh and bone with his blitzkrieg drumming and splashes of color alongside saxophonist Paul Flaherty and in Cold Bleak Heat. Corsano has also been performing with the A-team of the "New Weird America", including Matt Valentine (Tower Recordings, MV + EE), Sunburned Hand of the Man and Six Organs of Admittance (most recently appearing on Six Organ's latest Drag City opus School of the Flower). Taken together, the three form a unit of seriously subliminal beauty, displaying a phenomenal degree of interplay that alternates between pummeling mayhem and subtle sonic passages.

Out of the gate, Cline's guitar bubbles and broods, Shoup's gritty sax coughs forth both whiskey-drenched blues and supersonic skree, while Corsano turns energy into light with his death-defying drumming. Onwards into the affair, a more gentle trio surfaces to display effects-laden guitar yawns, warm sax purrs and nuanced drum kit explorations of bowed cymbals and quiet patterings. Cline, Corsano and Shoup play off each other like they have been performing together for years, their spontaneous flights spawning fully formed compositions that unfurl from the atmosphere like sudden spring thunderstorms.

As indicated by the title, Immolation/Immersion is compellingly dynamic, capturing a full range of destructive force and quiet submersion. Jaw-dropping and essential.