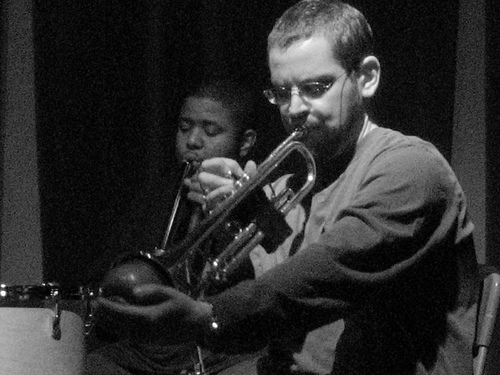 Nate Wooley (b. 1974) grew up in a Finnish-American fishing village in Oregon.  He has spent the rest of his life trying musically to find a way back to the peace and quiet of that time by whole-heartedly embracing the space between complete absorption in sound and relative absence of the same.  He began playing trumpet professionally at age 13 with his father, and after studying he moved to Colorado where he studied more with Ron Miles, Art Lande, Fred Hess, and improvisation master Jack Wright.  His tenure with Jack began to break Nate out of self-imposed molds and into the sound world that he has embraced as his own. 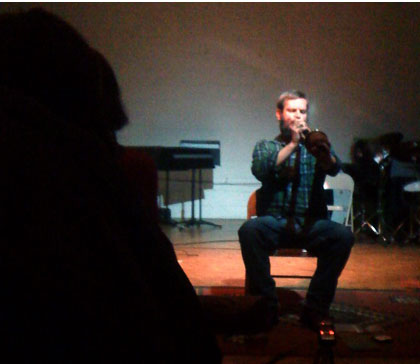