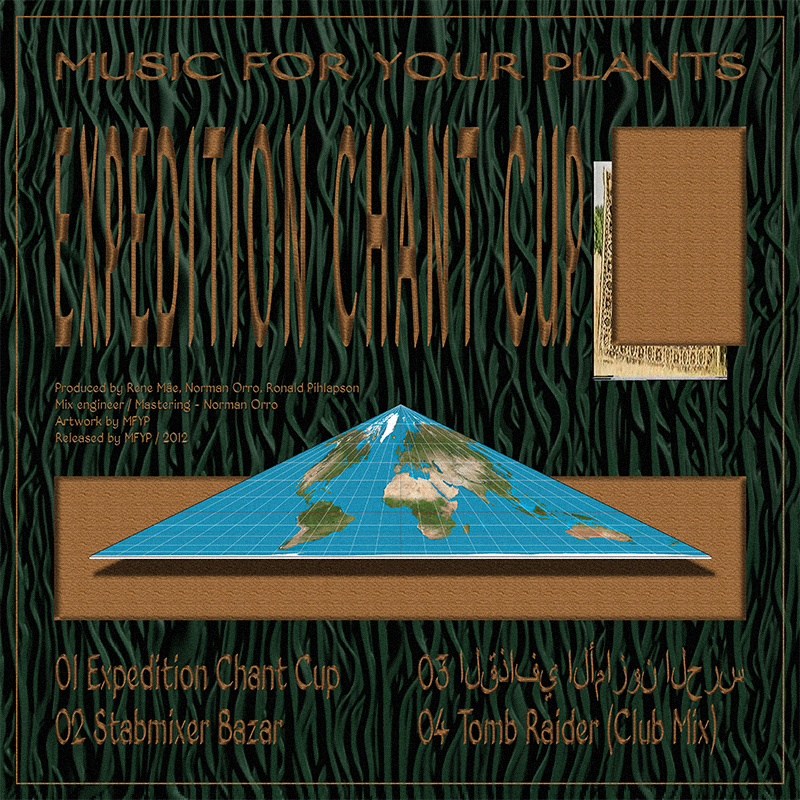 Music For Your Plants presents 4 ANTHEMS from a world muzak concept EP about voyage, expedition and adventure in the cargo cult of modern music.

When the world was still being explored, many pre-industrial societies didn’t know what to make of the travelers from Europe and the United States. Their traditions seemed odd, and their technology was far beyond anything anyone in the native villages had ever seen. It was the first time that people in pre-industrial villages ever saw an airplane, a gun, or even the material that Westerners used in order to make clothing. Needless to say, many were baffled about the Western visitors that they were receiving.

Guns, airplanes, and similar cargo often fascinated the natives, because of the fact that it seemed like the tech that gave the visitors godlike powers. Westerners had the power to fly through the air, and shoot them with a stick. They soon began to view Western visitors as gods, and began to covet the cargo as treasures from another world.

Believers tried evoke the magic of cargo in various ways. Sometimes, they would try to make their own electronics out of materials such as wood, coconuts, straw, and grass. They would use these wooden electronics in staged activities that mimicked Western activities. Villages constructed mock aircraft and landing strips all in a effort to call down the power of cargo.

cargo cult, music for your plants
» LOG IN TO TAG

القذافي الأمازون الحرس by Music For Your Plants is licensed under a Attribution-NonCommercial 3.0 International License.
Permissions beyond the scope of this license may be available at http://soundcloud.com/musicforyourplants or contact artist via email.