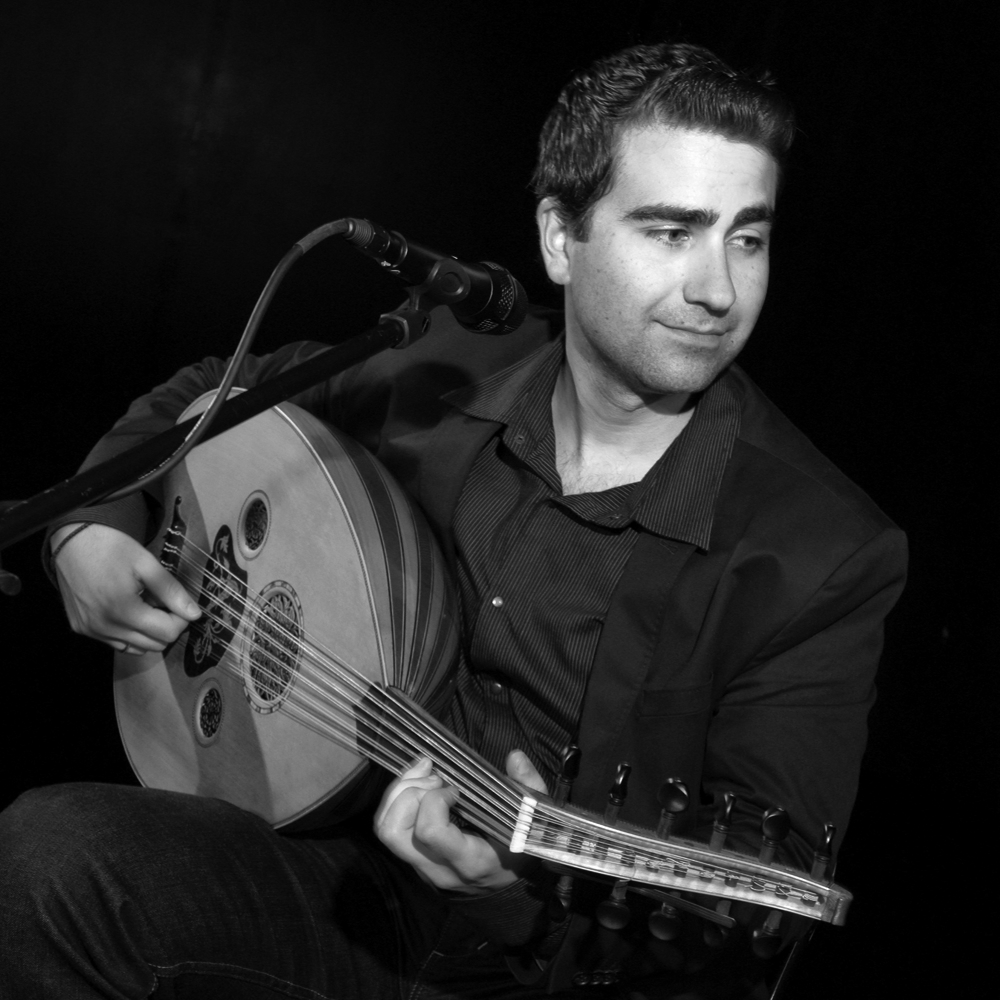 A little over a decade ago, American oud player and singer Mavrothi Kontanis had a breakthrough. Though Kontanis was steeped in the Byzantine and Ottoman sounds of his Northeastern Greek heritage, songs just kept coming to him in English. The lyrics—personal, defiant, intense—ran against the more roots-oriented grain of Kontanis’ usual work. But as indie rock-style statements, they made perfect sense.

Like Icarus, the mythological wing-building young man who dared to graze the sun, Kontanis dares, in a soft-spoken, deeply reflective way, to soar and struggle, with his part-acoustic, part-electric band Mild Mannered Rebel. Summoning eerie images of constantly peering icons and moonlit longing, of hope-filled nights and a spiteful sun, Kontanis and his group’s debut album Ear to the Sky seamlessly blend the modes, rhythms, and instruments of the Aegean with the drive, grit, and tumultuous inner world of rock.

“In these songs I’m telling my own little stories in the most honest way I can, using the mix of instruments and sounds that feel most real to me, even if at first glance they don't seem to go together,” reflects Kontanis. “Sometimes home is an oud solo sliding out of a scratchy old 78 recording. Other times it's driving with the windows down and the college radio station playing just a little too loud. I'm both of those guys, so my songs are too.”

The musical world that shapes Kontanis’ stories varies widely from the typical indie rocker’s—and from the background of the average American connoisseur of Balkan or Near Eastern music as well. Growing up in Pennsylvania in a Greek immigrant family, Kontanis’ listening spanned rock, Western Classical, and occasional bursts of Greek music. It wasn’t until the young musician met a Greek oud player at a local event, however, that he found his musical calling.

“It looked like the moon,” Kontanis recalls, remembering his first glimpse of the nuanced, round lute played across a broad swath of Eurasia. Soon, Kontanis was studying oud with Greek, Turkish, Armenian and Arabic masters. “Thanks to my exposure to the oud, I was flipped around from being this ethnocentric, isolated Greek-American,” Kontanis notes. “I had my eyes opened, and now find myself on the other side of that spectrum. The oud has been good for my soul.”

The oud is not usually associated with Greek music— that is, it’s the lesser-known music of Northeastern Greece (bordering Turkey). Both of Kontanis’ parents hailed from the region, and the centuries of cultural interchange among the many different ethnic and religious groups there meant musical ideas and approaches mixed and merged (a powerful sound that resonates in the album’s more traditional moments, like the opening instrumental “Flight of Ikaros”).

One aspect of this cultural merger has profoundly affected the way Kontanis writes songs and plays music: Makam. More than simply a system of scales, melodies, and ornaments, Kontanis argues, “Makam is a way of speaking with melodic movement. When you can learn to guide that movement, you can convince the listener of what you are sharing with them, even if you don’t always understand exactly what it is you’re trying to say.”

These rising and falling melodies began making their way from traditional tunes into Kontanis’ own songs (particularly the dark waltz “You Smiled So Sweetly,” written in memory of his father). After an apprenticeship of sorts in Greek underground clubs, where Kontanis witnessed both stellar music and creepy revelry, he began drifting away from his father's wishes, who insisted Kontanis avoid the tough life of a professional musician and become a doctor instead.

Kontanis just couldn’t do it; he pursued music, despite his father’s warnings. He related to Icarus, the son who did not heed his father and flew too close to the sun. The mythical figure, with his bold attempt and subsequent fall, frames the album. Kontanis soon found himself working second shift at a cable factory after deferring out of med school, reading philosophy and wondering what to do next. That’s when the songs really started coming.

Yet it took over a decade to go from late-night ideas to final recording. While dedicating himself to more traditional projects and teaching, Kontanis hesitated in mixing English with so-called ‘Eastern’ melodies and rhythms, “It took years for everything to come together, getting the album to where it was not only worth making, but actually the best and most honest musical work I’ve ever done.”

The years of honing and finding the right collaborators led to songs like “Don’t Need You Here,” where violinist Megan Gould’s sinuous playing mirrors Kontanis’ aching voice and resolute words. Or the modal, serpentine rock of the title track, “Ear to the Sky,” where gentle distortion on a fretless guitar stands out in bold contrast to Gould’s strings.

“I tried, for many years, to write both in Greek and English. But the songs in English seemed more real, more authentic. I also liked how English was working with the music I was writing; simple, folk-inspired melodies, which for me were always the most powerful.”

To make English lyrics fit melodies with very different linguistic and sonic roots, Kontanis has developed a gritty yet fluid vocal approach, adding bursts of gentle ornamentation that echoes Aegean singing without distorting the sounds of English. On “Mercy” and “Dancing in my Dreams,” Kontanis’ nimble tenor captures the evocative, sometimes mournful vibe of Greek and Turkish vocal styles.

This approach, like Mild Mannered Rebel’s overall sound, evolved organically, as Kontanis played with traditional sources and his own musical urges. In addition to Gould, whose playing and string arrangements stand out strongly throughout the album, Kontanis recruited other prime performers from New York’s vibrant Balkan and Near Eastern music scenes, like Eva Salina Primack (the haunting alto on “You Smiled So Sweetly”) and Shane Shanahan, who calmly reinvented every even and odd rhythm Kontanis threw his way. Yet Kontanis himself laid on the layers of guitars, distortion, and atmospheric sounds for tracks like “Dancing in My Dreams,” bringing in an enigmatic, nearly psychedelic element.

These unexpected departures stand out, yet never feel gimmicky or overly radical. “The name of the band reflects the way I feel most of the time,” Kontanis explains. “I feel like someone who can be invisible, but who has something powerful inside that boils and burns. Sometimes I want to hide in a corner with it, hugging an oud, and sometimes I want to sing it at the top of my lungs. It's not enough to repeat what others have already played and sung anymore. I drank from the well, and now it's time to pass it on.” 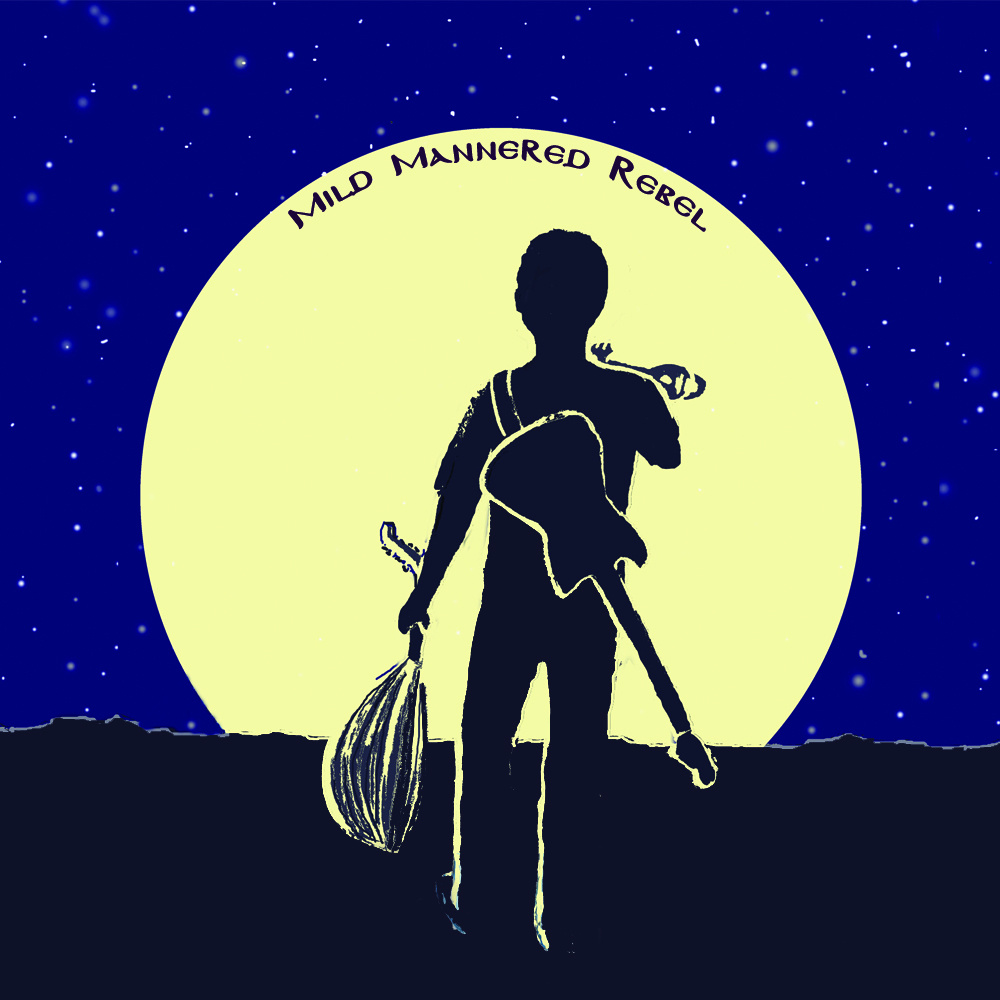 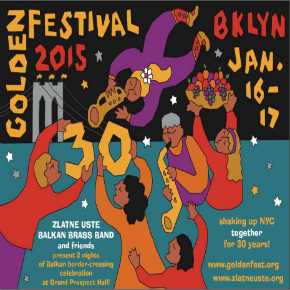