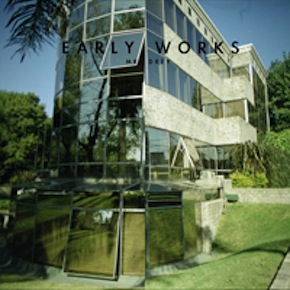 Early Works are what was publishable (and most of all, what has remained intact) of a couple of years of home recordings of a period of Mr. Drey's life (that would like to remember it in some way, but isn't able to succeed in doing so).

They were the discovery of fundamental programs like Audacity or Pianito, just to mention the most important, (but other very debatable stand-alone freeware could also be mentioned).

They were also the knowledge of sampling with the consequent attempts to deform the specimens with additions over additions of ugly effects. The listenings which influenced their birth were the post discoveries of an earlier time: slow, calm and visionary things whose greatest value was that of helping to go to sleep well and to occasionally wake up during repose because the sounds, when the author was estranged in the middle of the night, were somewhat moving. They are the crossover from audio cassettes (youthful wrath to have strange sounds in an analogue and immediate way) to the PC (the beginning of a programming, even if ridiculous; the sketching of a comparison with the quality of sound). They are, for the greatest part, the story of a period of awaiting and care.