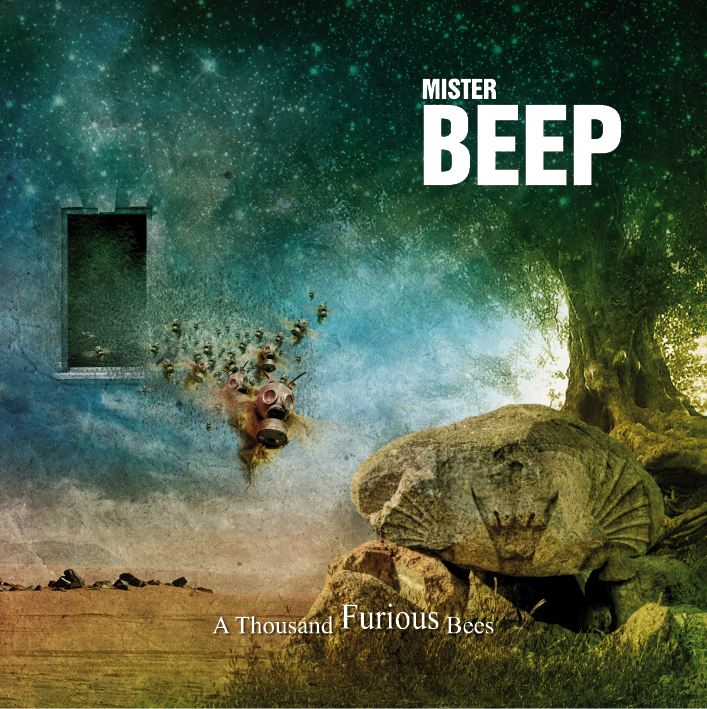 After my previous minimal chiptune album - 2 channels only - I decided to make on my ZX Spectrum 48Kb something as developed as possible with the machine. I must admit I'm pretty proud to give you my the newest album containing 10 multichannel 1-bit chiptunes, having from 5 to 9 channels.

Original idea was to make 6-channels chiptunes playing from 2 synchronized Spectrums (3 channels from each ZX, using Special FX engine).
I managed to make 4 such songs but meanwhile it appeared that Shiru programmed several totally new BEEPER engines: they were highly powerful and capable of playing even NINE channels from a single ZX Spectrum 48K.

Like I used to say, mostly I don't make actual chiptunes - I just make music on a soundchip. :)
Hence, generally this album is in art-rock style (called 'progressive rock' sometimes), because the most well-known gamesongs from 80s from Spectrum48 were kept in this genre, and they have been written mostly by Tim Follin.
Anyways. Because of that, I would like to dedicate my album to Tim Follin, as he was the best 1-bit musician on ZX Spectrum 48K in 80s.

Z80 chip can actually generate whichever sound however ZX fans prefer mostly the characteristic Follin's sound (hard to stand for other 8bit computers' users :) :) ) and because we have a lot of accessible channels, our chiptunes remind mostly something like a furious swarm of hornets or bees. ;)
Now you can guess where the title came from. ;)
And believe me, real ZX48 fans would have _never_ exchanged 'Z80 swarm' sound to anything else. :)

From the 'technical' side..
Normally 1-bit sound from ZX consists only of a square (more/less) wave tone without any volumes, without any white noises - simply just beeps. However we use various software-synthesizers called "sound engines". Technical details about the engines are as follows:
- SpecialFX gives me 2 channels of tones + one track of drums. It is PWM-synthesis based (PulseWidthModulation) and it has various envelopes, setup of drums and 2 steps of volume: one channel is louder than another. With clever composing you can get even delays and echoes, which is normally impossible on 1bit sound. This engine keeps tempo perfectly, so I was able to synchronize two ZX Spectrums and have more channels + stereo.
- QChan gives 4 channels of tones + one track of drums. Its possibilities are in general similar to the above engine however it's more powerful because - except mentioned envelopes - it has almost twice more channels and also more steps of volume (16 - you can chose from them to place the volumes for every tone-channel).
- Octode is the most powerful 1-bit engine contemporary. It gives 8 channels of tones + one track of drums. 9 channels is a huge effort for Spectrum's Z80 CPU, so the engine can make detunes sometimes. It's not easy to compose music without false notes here, however it is possible. It has an additional feature - tunning command E5x. It changes the notes' frequency and can be used for achieving more interesting 'fat' instruments. I use it often as it gives me some slightly detuned pads, like from analogue synthesizers.