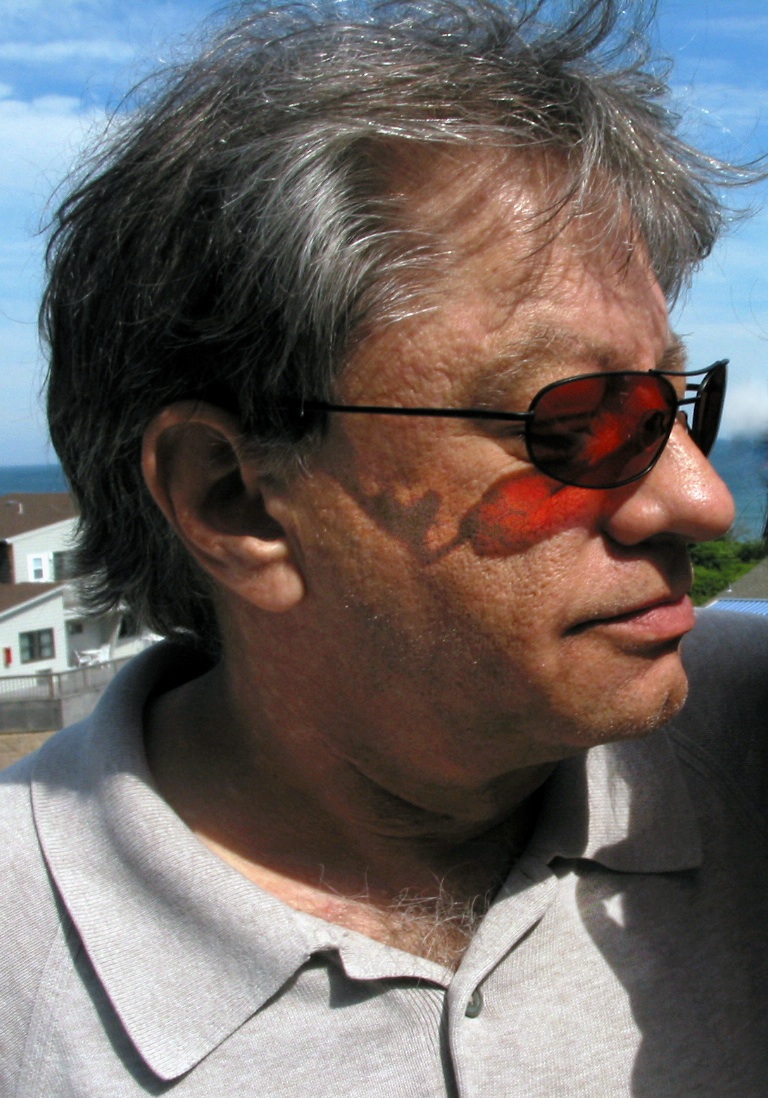 Byron was born in 1953 in Chicago, and spent his childhood in Los Angeles where he played trumpet from second grade on. Briefly, around age six, he had piano lessons with his aunt; he also studied trumpet with Mario Guarneri of the Los Angeles Philharmonic.

Byron met the budding percussionist (and already then new-music fan and record collector) William Winant in junior high school, and they became lifelong friends. Byron’s musical life in Los Angeles after graduating from high school in 1971 was enriched by his meeting the composer James Tenney in the autumn of that year. Soon thereafter he met Peter Garland (another lifelong musical friend), Lou Harrison, William Colvig, Robert Ashley (then at Mills College), and others active in the West Coast new-music scene. Byron’s subsequent teacher-student relationship with Tenney in particular, not to mention the personal friendship they shared from 1971 on, would become one of Byron’s most consequential and enriching musical encounters.

In addition to these key acquaintances, Byron’s compositional trajectory—what might be characterized in some circles as a “second-generation West Coast minimalist” (at least in those days)—was shaped specifically by his association with the early experiments of the California Institute of the Arts (CalArts). Byron’s teachers included both Tenney and Richard Teitelbaum. In particular, Tenney’s presence brought a focus on new American music neglected by other university music department curricula at the time (including a class on John Cage allegedly co-taught by Teitelbaum and Tenney).

In June 1973, Byron left CalArts with plans to continue his studies with Teitelbaum at Art Institute of Chicago; instead he found himself in Toronto, Ontario, where Teitelbaum had taken a job at York University, in the Music Department headed by the Canadian musicologist Austin Clarkson. A lively new-music scene took root in Toronto and in the nearby town of Maple, where several members of that scene lived. Eventually Tenney would also arrive to teach at York (and to live in Maple as well), and an avant-garde network grew to include David Rosenboom and Jacqueline Humbert (both of whom Teitelbaum had urged Byron to seek out), Cynthia Liddell, George Manupelli, Barbara Mayfield, Larry Polansky, and many others during the mid-1970s. Byron eventually earned a “B.A. in Arts with Specialized Honors in Music” from York in June, 1975. (Byron’s friend Winant, too, went to Toronto in 1975, where he earned a B.F.A. degree.) After finishing school Byron taught at York for about two years, and then left permanently for New York City. There he wrote a variety of loud loosely-scored hardcore art rock/punk/noise works, performed by Byron with his friend Rhys Chatham, for lower Manhattan’s club scene during the late 1970s and early 1980s. At the same time he was frequently engaged as a copyist and editor on various projects for La Monte Young, Robert Ashley, and others, and became involved with new ventures like The Kitchen, where, in 1980, his chamber piece Tidal was performed with the composer Julius Eastman conducting (Tidal was originally issued as an LP on Glenn Branca’s Neutral Records and recently re-released on Cold Blue Records). Byron has lived in the New York City area ever since.

His music has been released on Cold Blue Music, Meridian Records, Koch Records and New World Records. He was the publisher and editor of the journal Pieces, and is published by Frog Peak Music. Michael Byron studied composition with James Tenney, and Richard Teitelbaum.

II. A Bird Revealing the Unknown to the Sky

II. A Bird Revealing the Unknown to the Sky