Bells And Vibes by Michael Brückner 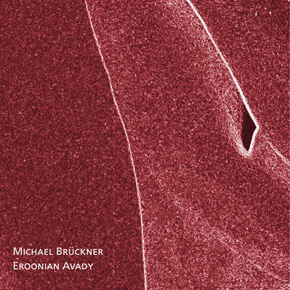 EROONIAN AVADY is Michael Brückner's 25th album and was originally recorded between (late) 1997 and 1999. It consists of two initially seperate projects which remained hibernating on the artist's back-up hard disc until he released the large CD box set "No Single Single" in 2006.

While one of these two projects contained "ordinary" electronic ambient, the other one was rather unusual (in the context of Brückner's work) because he only used acoustic instruments (like grand piano, acoustic guitar, flutes, bells, glockenspiel, different little percussion instruments), household objects (like glasses, glass lids of pans, boxes, stones, paper) or his voice as sound sources - recorded in realtime and then processed with different chains of electronic effects into something more surreal.

According to Brückner, both oriignal projects had a certain character in common which was unlike most of his other music - a kind of ambient that was rather light, but still somewhat abstract - it will probably appeal to Eno fans...

One track, "Yas", makes use of an alternative tuning, a scale based on the harmonic series.

Bells And Vibes by Michael Brückner is licensed under a Creative Commons Attribution-NonCommercial-NoDerivatives 4.0 License.
For more permissions:
contact artist