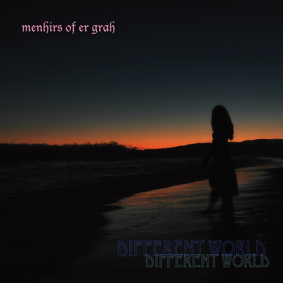 Menhirs of Er Grah (Tom Carter) is a folk band named after some prehistoric standing-stones in France.

The album was made in 7 days – a day to write and record each of the songs from scratch, and then a day to mix and master them all. Voice and guitar parts were recorded simultaneously into the same mic, and then a second guitar part was recorded as another track on-top.

Tom Carter lives in London, and has released a number of lo-fi/electronica albums under the anagram of March Rosetta.

Different World by Menhirs of Er Grah is licensed under a Attribution-NonCommercial-NoDerivatives (aka Music Sharing) 3.0 International License.