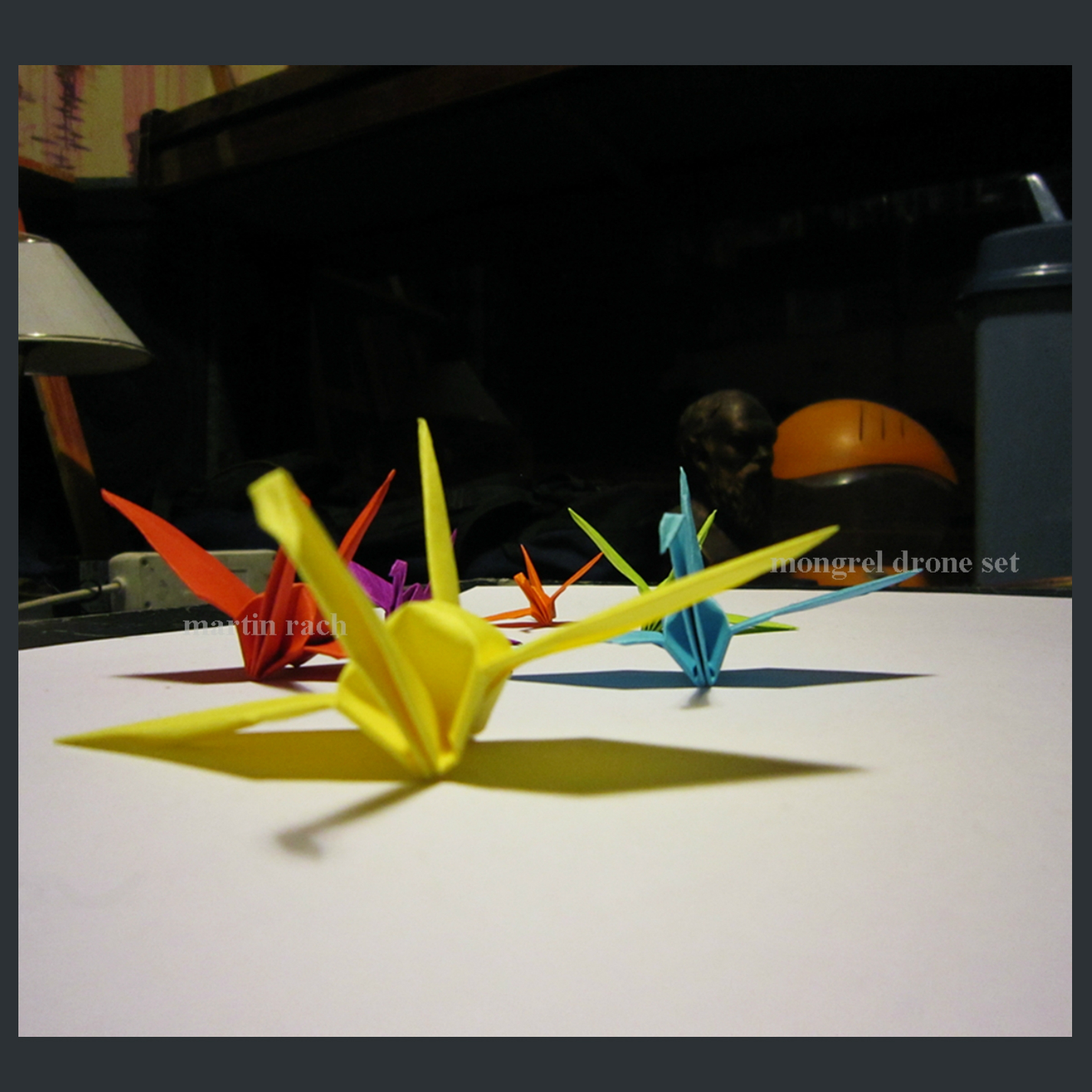 My work is made of three compositions/improvisations using Chord Zither and Magnus Electric Chord Organ. The first and third pieces are played using the wind engine of MECO on CZ's strings, first being 'pure' sound of it. The third is mediated through Roland EF 303 voice/reverb function. The middle piece is MECO playing as a sort of drone/chord cluster device, using paper to lift most of the keys up a little (except left side bass ones), so the amount of air gradually passes through each of them creating a sustained sound wave (and a bit of melancholy cow horn). In the end the paper is burned. ////////

1+i by Martin Rach is licensed under a Attribution-NonCommercial-ShareAlike License.