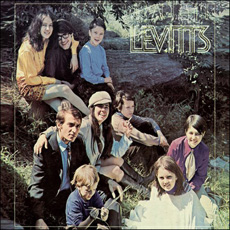 13 year old guitarist Sean Levitt was improvising on a borrowed guitar at the Central Park fountain for a young attentive audience when he was spotted by ESP. While being auditioned, Sean mentioned his musical family, which included his father, drummer Al Levitt; his mother, vocalist Stella Levitt; his 15 year old drummer brother George; his singing sisters Michele (16), Minou (14) and Teresa (11); and his two younger brothers Billy (9) and Robin (6) who had not as yet chosen their instruments. Although Billy was convinced that if he could get his hands on a flute, he could play it.

Candy by Levitts is licensed under a Attribution-Noncommercial-No Derivative Works 3.0 United States License.