Leo Sirota (1885 - 1965) was a Jewish pianist born in Ukraine. Sirota began studying piano at the age of five. He attended the conservatories in Kiev and, later, Saint Petersburg.

After the Second World War he moved to America and taught in St. Louis. A local radio station frequently asked him to broadcast, and much of his surviving recorded output comes from the paper-based tapes which the studio gave to him after each broadcast. His repertoire was vast, including the complete works of Chopin which he broadcast. His playing is characterised by a luminous tone and unfussy, almost fastidious interpretations, underpinned by an astonishing technique. 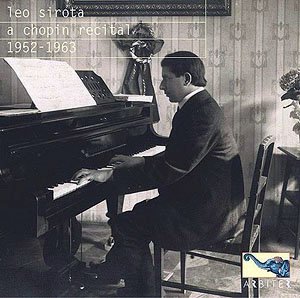