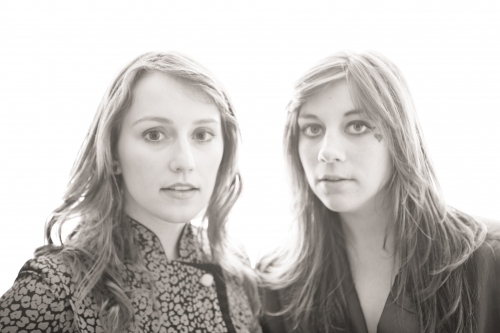 "Lemolo is a dream-pop duo from Seattle, Washington.  The band is comprised of Meagan Grandall on vocals, guitar and keyboard and Kendra Cox on drums and keyboard.  “The energy these two produce live is a force to be reckoned with,” according to Victoria VanBruinisse of Three Imaginary Girls, and Abbey Simmons of Sound on the Sound adds that Lemolo leaves the listener “aching for more.”

Along with playing shows in the Seattle area, the duo is currently working on recording their first full length album which they plan on releasing in the fall of 2011.  While the pair has only been performing as a duo since early 2010, they have released one EP, Lounge Light, and one double-single, The Singles Record, and are “rapidly gaining attention from their latest release,” writes Leigh Bezezekoff of KEXP 90.3 FM.  Lemolo has also played sold out Seattle stages such as Neumos and the Showbox, and have had one of their songs featured as the “Podcast Song of the Day” on KEXP.

According to Chris Kornelius of the Seattle Weekly, “What we’ve heard thus far are some of the most promising expansions on the pretty sounds that have dominated the local zeitgeist.  And we are ready to be wowed by what comes next.” "