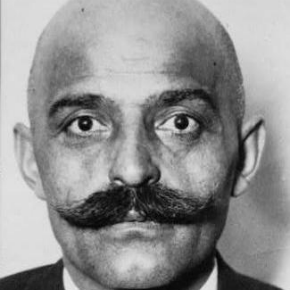 Recorded by the Lance Mannion Orchestra in San Francisco, CA, in 1998.

Features spoken passages of the writings of George Gurdjieff, a 20th-century Russian mystic who taught that the vast majority of humanity spend their lives in a waking slumber. According to Gurdjieff, through his teachings, also known as "The Work," one may free oneself from the yoke of lower concsiousness.

These readings are paired with near-arctic synthesizer and occasional bongo soundscapes. A bizarre entry and something that appears to be a product of the early days of digital home recording.

Tiger of Turkestan by Lance Mannion Orchestra is licensed under a Attribution 3.0 United States License.
So far 0 comments about this album. Add your 10 cents!