Change Your Mind by Lame Drivers 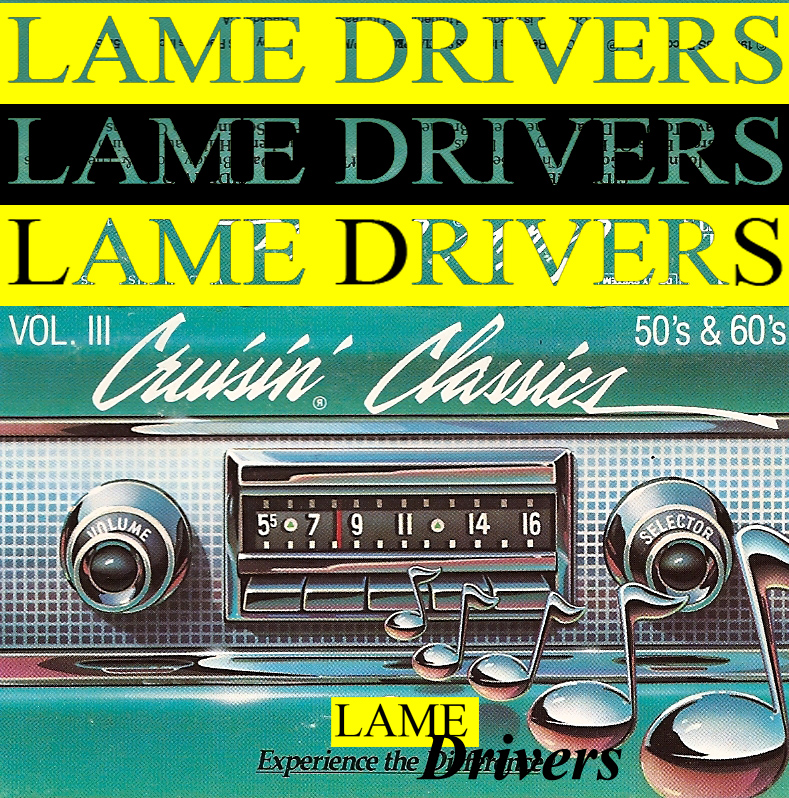 "The initial tracks on this had me wanting to call Zero Gravity on the Teen Line. And power pop is their natural fighting wait, check the bubblegum snap on “It’s About Time.” At the same time, there’s the occasional rumour of Graham Parker, and you can taste the 80′s as a Let’s Active ingredient as well. Feels like they’re on the stratocaster side of the guitar church aisle. They’ll weird it up, a panicky plum on “Congratulations” signing off with three reverse-o-matic tracks that might have been better served peppered into the meal than as dessert. Who replaces the Replacements, and did a watchman throw a Superchunk at me? So you want the Clean as a girl group doing a talkie, try “Last Summer on Earth.” They also mop up Jay Reatard’s sweat and “Demonzblood.” Me, I got Eggy on my face and ears for my faves, especially “NME DMO VRS /Wedontmakemistakes” which charges, sputters and collapses between a tight boppin’ pop spot and a kraut rock break. Coulda been a helluva gate-fold double 12″, but Jason Sigal is as cool with 1′s and 0′s as he is with 4/4 power pop.) -Thurston Hunger, KFJC

Cruisin Classics is a sequenced, anti-chronological sampling of music from our official discography '03-'10 plus rarities, side projects, demos, and reversed tape-manipulated demos. Here, hear a few...or download the whole thing!!!

Change Your Mind by Lame Drivers is licensed under a Attribution-Noncommercial-Share Alike 3.0 United States License.
For more permissions:
contact artist