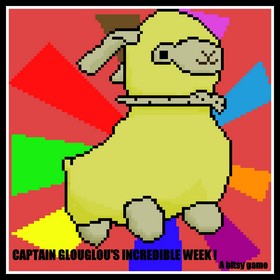 Hello ! Here is the soundtrack of the game Captain Glouglou's Incredible Week !

There is only the first track in the game. It's during the development of the game that I realised that the bitsy application couldn't run multiple tracks for the game. So there is just the tune "Soundtrack" in the game, the other featuring in this album haven't been used. Some tunes were thought before the creation of the game, so some names of activity are definitely not accurate.

If there is an update for the integration of music in bitsy, I'll add them in the game.

For the english version of the game https://monplaisir.itch.io/captain-glouglou-en-version