Rod Ride Out by King Ghidorah! 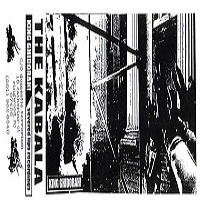 Recorded in 1995 on taskam 424 cassette 4 tk. with generic Sam Ash microphones.  Drums and bass recorded live and mic’ed,  plus guitar ‘live in the room’ unmic’ed adding to the phasing.  Guitars and vocals overdubbed.  No compression. No direct lines.

Inspired by the The Dorothy Stratton story and the sleazy film but the same title; as told from the point of view of the Eric Roberts in all of us.

My uncle was a truck driver, lost his legs from gang green one above the knee one below.  He was a real creep.  Song inspired by road trips and handfuls of eye popping white cross.  King Ghidorah!’s homage to dub music production.

White gangster rock.  A suite two sizes too big, an imaginary gun and no place to go

Oh, and remember that Cartoon with the guy sitting on the beach combing it with a black hair comb?

Song title pulled from an article on fresh snake bile energy breakfast drinks served up in Japan.  lyrics, the shape of things to come, end times preaching from a screeching microphone; wishing for the apocalypse so I don't have to go to work no more.   Creepy opening inspired by seeing friends get ‘THE FEAR’ while screening Evil Dead in the dark boondocks of Ringwood, NJ! Opening recorded at high speed then slowed down for creepy EVIL DEAD or 'hell hounds on ma trail' atmosphere, then at the zero second, popped the machine up to proper speed and popped on the guitar tracks.  Scared the touring bass player for Croatan out of his chair!

Rod Ride Out by King Ghidorah! is licensed under a Attribution-NonCommercial-NoDerivatives (aka Music Sharing) 3.0 International License.
For more permissions:
contact artist