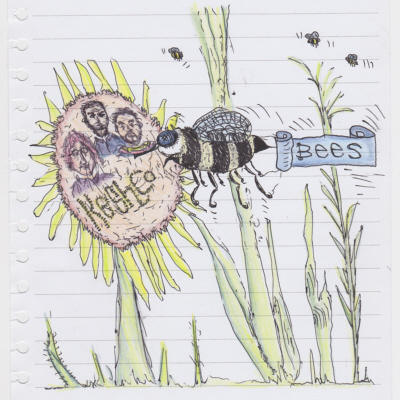 The latest release by Keshco is a three-track EP entitled "Bees". It's available through Australian netlabel 4-4-2 Music; alternatively you can buy a physical copy direct from us, or in a couple of record shops. So, for the second year running, we've put together a release for Record Store Day (Saturday 21 April), which this year was followed on the Sunday by the 42nd anniversary of Earth Day. A double header of good causes. But how did these three songs come about? A couple of years ago, erstwhile Queen drummer Roger Taylor released a single, "The Unblinking Eye (Everything Is Broken)". It's a lengthy broadside at many ills of the modern world, and Roger was quoted as saying he wanted people to take the track as a starting point for their own protest lyrics. With that in mind, his B-side was an instrumental mix of the same track. Now, our Robert being an incorrigible Queen addict (and, at one point, the youngest member of their Fan Club!), he got hold of the single, and we decided to take Roger up on his challenge. I went away to write some new lyrics... ...and months passed. One story that had got me fired up was of the mysterious fall in bee populations across the globe, with in many cases entire colonies vanishing from their hives overnight. It's been baffling an increasingly concerned scientific community, with the suspects including intense agricultural practices, where monoculture and chemicals have deliberately removed the usual wildlife from around crops, meaning there's no natural pollination so they have to truck bees in to do the job. Schedules mean they're often driven back and forth across the country (or shipped overseas) with barely time to rest. As these fields are monocultures, there's not the varied diet that you'd expect in nature; so the bees are overworked, uprooted, have poor nutrition, and are thus increasingly falling prey to parasites like the varroa mite. On top of this it's suspected that pesticides may be damaging their navigation systems. These protest lyrics take a while though. It's very hard not to just sound pompous. Anyway, in February we checked online. It still appeared as if nobody else had done a cover. Hmm. I sat down again to write. In the end, we started the backing track (at Robert's in Streatham) before finishing the lyric. With Mr Taylor's instrumental in tracks 1-2 of our 8-track, we started overdubbing, feeling for our own style to emerge. Down went rhythm guitars, drums, keyboards, a guide vocal. Due to time constraints, the drums were Robert's first take - boom! So, I had a couple of goes at finishing this lyric. It lacked a certain something, a chance element. Hmm... then in through the door walked Mark E Smith of The Fall. "Hi-uh!" said Mark. "What the hell are you making-uh? I'll sing all over that-uh." So he did! Verse three was ready. What next? An article in the New Internationalist had a lengthy quote from John Muir, 19th century naturalist, about his experiences walking through California in the days before it got spoilt. That sounded pretty evocative, and seemed to fit with the song's bridge, a detour from the home key... Taking the 8-track to Oxford, I caught up with Luke and we overdubbed extra guitars, then a flute duet. His girlfriend Melanie was coaxed into laying down some saxophone, a bit at a time; then we got a touch of lapsteel for added buzzy swarminess and a late countermelody. If you notice any extra odd noises, they're probably down to our audio editor, which aptly enough is called Jeskola's Buzz. I hope the song is taken in the spirit it's intended. It's not ironic, there's a genuine problem in our food chain, and it's a slight relief to see how the plight of the bee is now being highlighted, e.g. by Friends of the Earth with their current Bee Cause campaign. Why not plant a few bee-friendly wildflowers in your garden or window box?

Of course, whilst we had a main song in mind, we also needed some companion pieces, and first to mind was a psychedelic piece, "Porcine", named after a quote from a near-apopleptic David Starkey. It was just a bare instrumental, tremolo guitar and rumbly drums, for months until we pulled it out again one teatime and attempted to add overdubs. The original wasn't quite in (ahem) fixed time, but for the usual Keshco reasons we ploughed on anyway and I think the lurching effect suits the piece. The lyrics came out overnight before and after sleep, the first verse calm whilst pondering the rich trader, the Teflon man; the second hurried whilst pondering those trying hard to scrape a living under the Government's hypocritical evil eye. Robert's using one of his stripped-down live kits here; Arbiter Flats snare, pound shop tom, two cymbals screwed onto the same arm, and various percussive bits. There's a metal block (from Wickes?) which has a particularly sweet sound when struck right. Into the mix we throw a couple of Dynamikes, feeding back like crazy, and a clarinet from my girlfriend Caroline, stuck through a ton of reverb and distortion. The whole track has an anti-climactic air, from the way the first languid verse instead of building, falls into the hurried spoken second verse, then into abstract instrumental; also the way the last chord of the pattern, Bb, never feels quite right coming back to the first chord, C#m; and also the way the final verse never quite makes it up to the rock-out that seems necessitated, instead sinking to a series of staccato sighs. The last track is "Worm Cafe", all a chattering, clanging mass of sound, assembled by Robert using the freeware audio editor Goldwave. Are we in the middle of a bustling North African market square? Are the massive reverse-echo piano clangs passing traffic? See if you can count all the various instruments. I particularly like the drums flipping into 7/8 time every two or three measures. Well worth two and a half minutes of your time. I'd like to thank the Brain Art Foundation (Moira, Matthew, Jasmin and Barbara) for helping the back cover collage along (more of that in the video); and Robert for his fluorescent front cover. So, there we are. Keshco's latest release, offered with love. 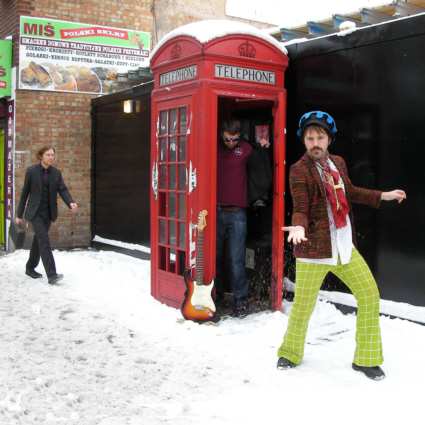 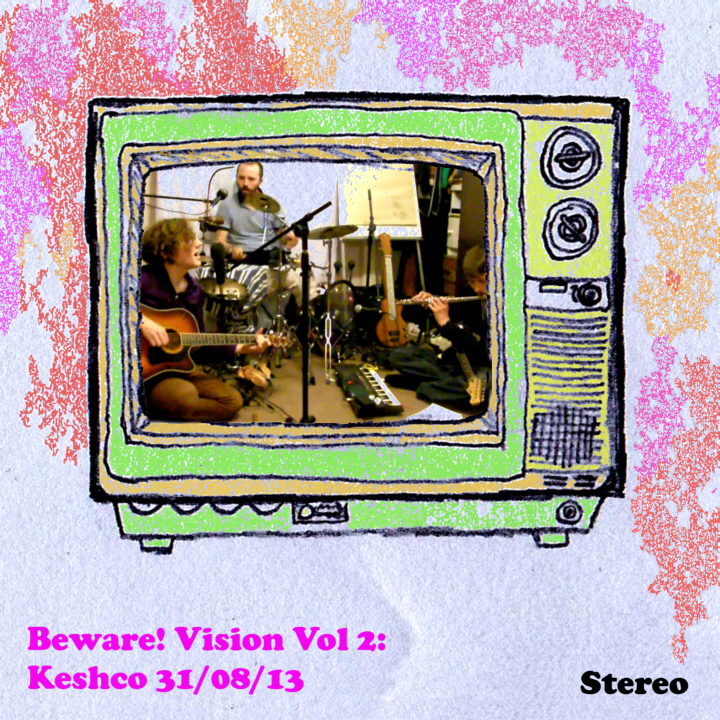 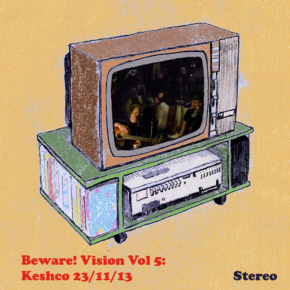 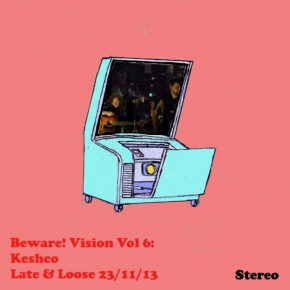 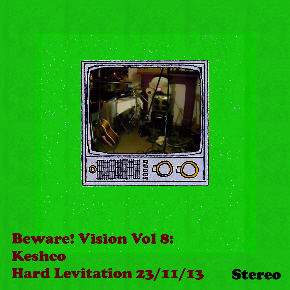 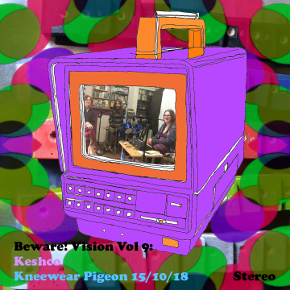 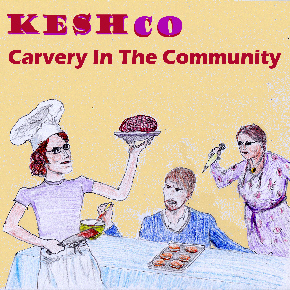 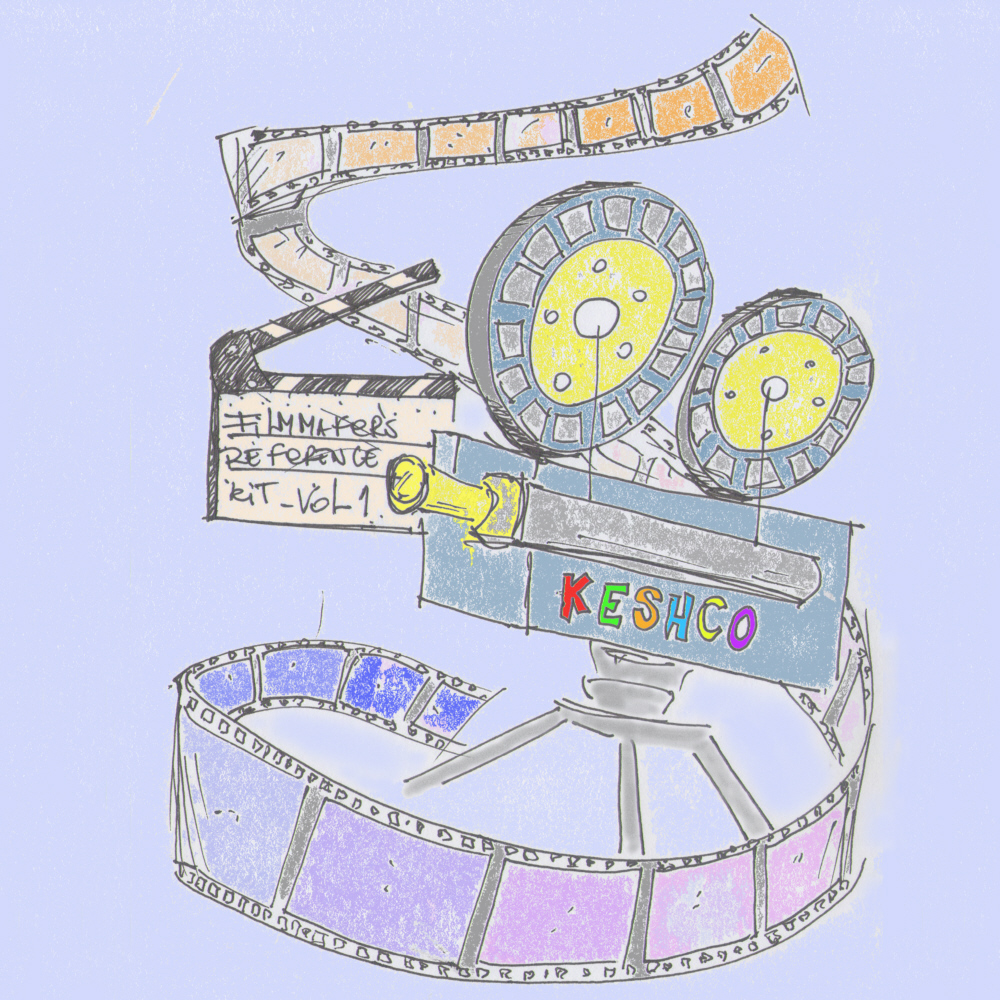 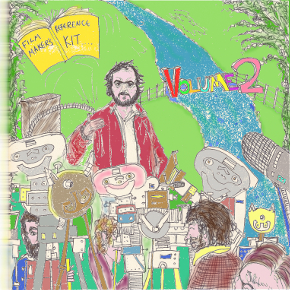 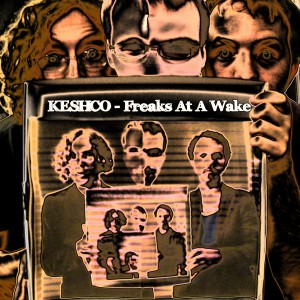 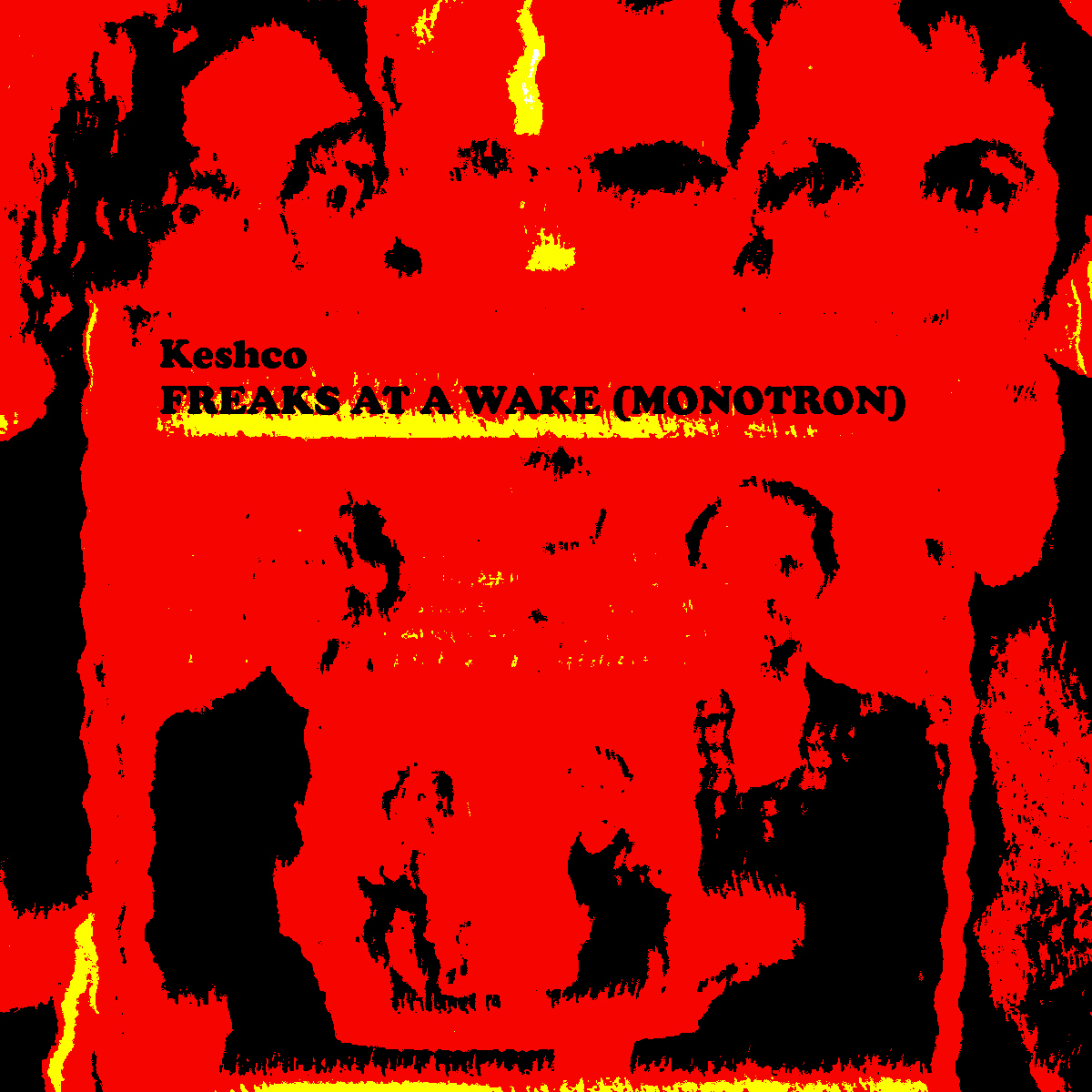 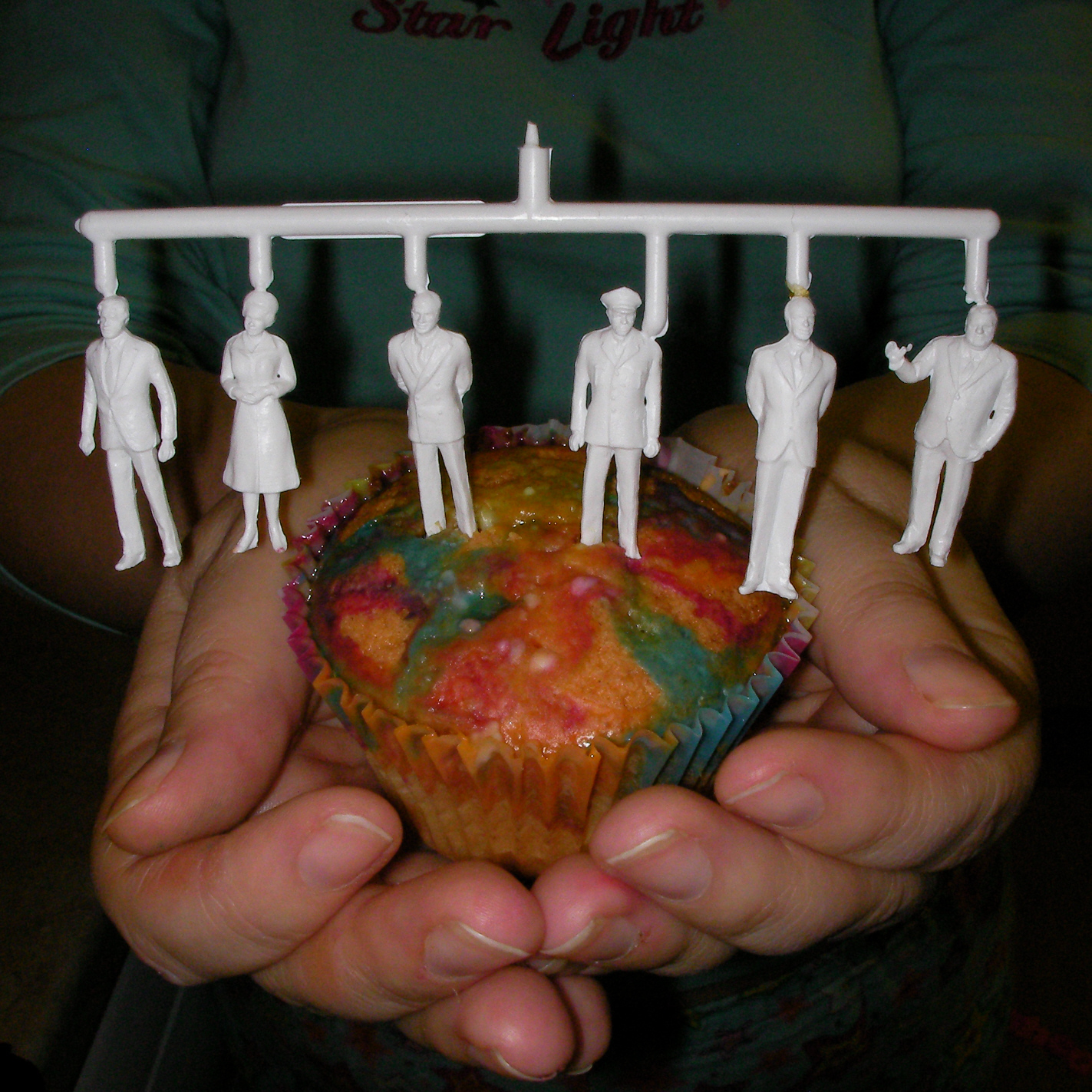 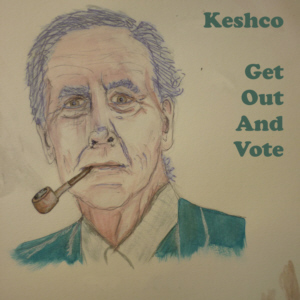 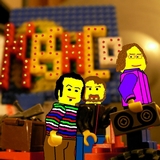 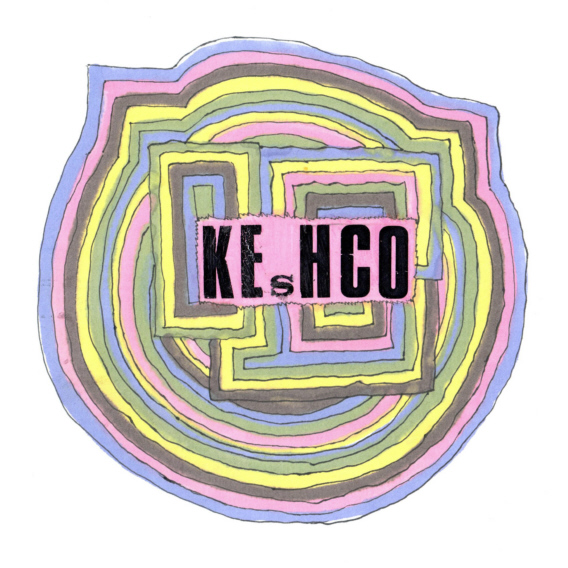 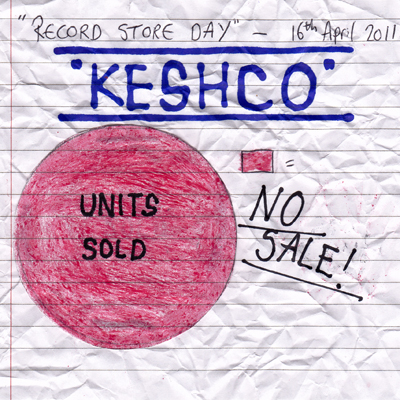 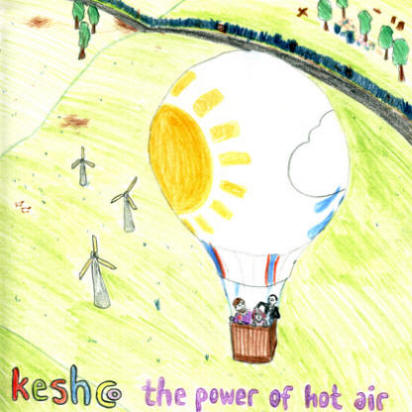 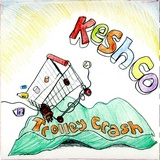 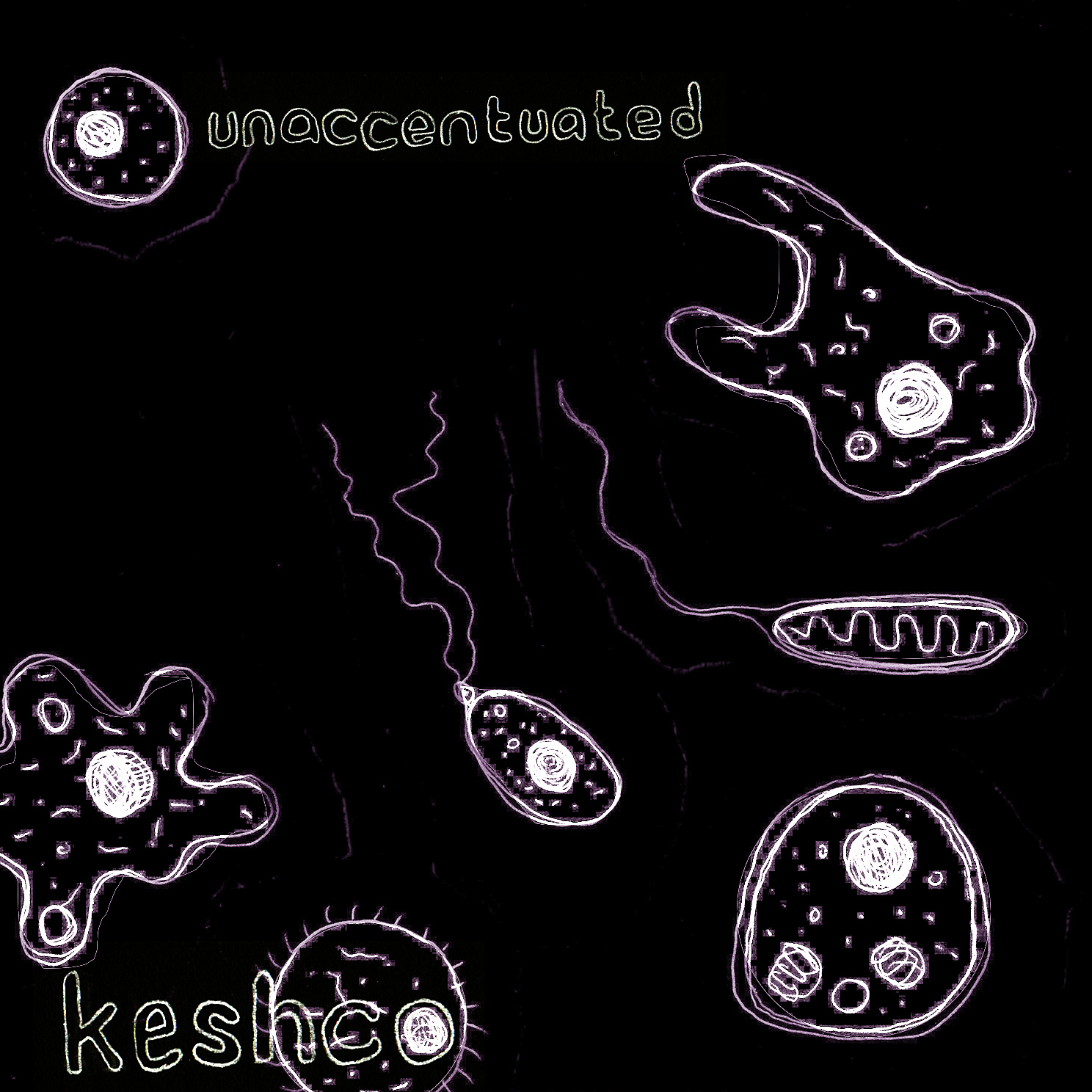 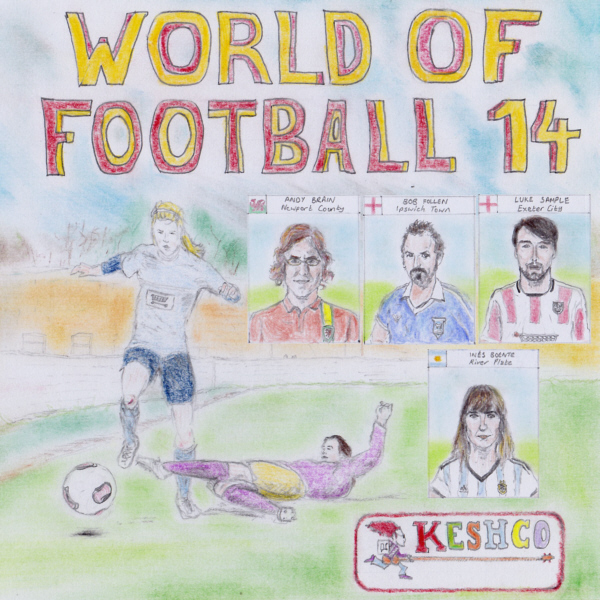 Bees by Keshco is licensed under a Attribution-NonCommercial-NoDerivatives (aka Music Sharing) 3.0 International License.
For more permissions:
contact artist

Keshco's webshop
So far 0 comments about this album. Add your 10 cents!