You came this way: Home > Karpov Not Kasparov 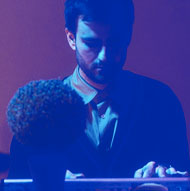 KarpovKasparov came into being a couple of years ago as a game of action and reaction between the vintage synth and the drum machine. Pure experiment, unspoiled by commercial expectations or artistic pretentiousness. It became a trio in the visual company of the retro-projector and then expanded into a quintet with the featuring act of two most gifted contemporary dancers.

A few gigs followed, some of them in rather unusual locations like a library, a shoe store, a barbershop, a restaurant kitchen, a butcher house and a building on the verge of being demolished. Each and every time a compact but savvy audience was quite pleased with what was heard and seen.

For the past few months however the project shrank into a solo venture named Karpov not Kasparov for the recording of the first and probably the last release signed K not K: ‘Soundtrack for a Game of Chess’.

Meanwhile the two founding fathers of KarpovKasparov developed alternate projects of which you will be hearing quite soon. 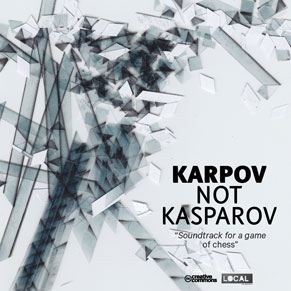 Soundtrack For A Game Of Chess [LCL10]

Soundtrack For A Game Of Chess [LCL10]