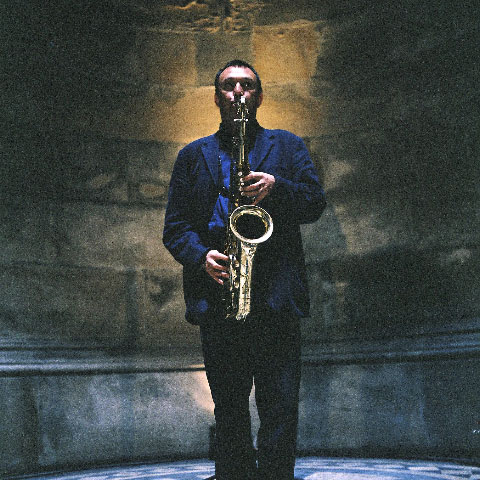 John Butcher was born in Brighton, England and has lived in London since the late 1970s. His music ranges through free improvisation, various structurings, his own compositions, multitracked saxophone pieces and work with live electronics, amplification and feedback.

He has toured and broadcast in Europe, Japan, Australia and North America, and was featured, playing solo, in the BBC TV programme Date with an Artist.
Compositions include pieces for Chris Burn’s Ensemble, the Austrian group Polwechsel, the Australian ensemble Elision, the American Rova Saxophone Quartet, and "somethingtobesaid" for the 8-piece John Butcher Group.

Butcher started playing the saxophone at Surrey University, where he was studying physics - although his first concerts were on keyboards in an ‘avant’ (for want of a better term) rock group. Hearing musicians like John Surman, Stan Tracey and Louis Moholo triggered an enthusiasm for jazz, and he started learning and playing in various small and large groups - often with pianist Chris Burn; and sometimes with his brother Phil Butcher, on double bass.

In 1977 he began work on a Ph.D in the Theoretical Physics department of Imperial College. It was published in 1982 as "Spin effects in the production and weak decay of heavy Quarks".

At the same time, he was struggling to find the ways of playing that eventually led him to a commitment to ‘free’ improvisation - as it was called back then. Rehearsals and monthly concerts at the Workers' Music Association in Notting Hill Gate were an important ingredient.

After getting his doctorate in 1982, Butcher left academia and went off with music; releasing the LP Fonetiks (1984) - a duo with Burn - and playing in trumpeter Jon Corbett's Freelance (with Elton Dean). Around this time he began working in a trio with guitarist John Russell and violinist Phil Durrant. They started the label ACTA to release their LP Conceits (1987) and were joined the following year by drummer Paul Lovens and trombonist Radu Malfatti to form News from the Shed .

Various concerts in the ‘80s included a soprano saxophone quartet in Rome (with Evan Parker, Trevor Watts and Lol Coxhill), a DDR tour with trombonist Alan Tomlinson and drummer Willi Kellers, tours with the quartet Embers, duos with Phil Minton, percussionist Will Evans and pianist Claudia Ulla Binder - and some performances with Derek Bailey. Butcher later played in a number of Bailey's Company Weeks; produced a CD with Bailey and the tuba player Oren Marshall; and released a live duo with him on Vortices and Angels (2000).

The quartet Frisque Concordance, formed in 1991 with Georg Gräwe and Martin Blume, meant more regular visits to Europe - whilst in London he joined what became the final version of John Stevens' Spontaneous Music Ensemble (with guitarist Roger Smith). A New Distance contains their performance at the 1993 LMC Festival - the SME's last recorded concert.

Since the mid ‘80s Butcher has played in many contexts with singer Phil Minton and their collaborations continue with the duo release - Apples of Gomorrah. Minton's quartet (with Veryan Weston and Roger Turner) has taken Mouthfull of Ecstasy - utilising texts from Finnegans Wake - throughout Europe and the USA.

Other regular performances around this time included a duo with another singer - Vanessa Mackness; and with Chris Burn’s Ensemble, a trio with Minton and German guitarist Erhard Hirt, and the trio with Durrant & Russell.

Electronic music was an early influence on Butcher's approach to saxophone playing, and became explicit in his electromanipulation duo with Phil Durrant, begun in 1997. In the same year he joined the Austrian group Polwechsel , which has released 6 CDs - including collaborations with laptop player and guitarist Christian Fennez, and with pianist John Tilbury.

In the last few years Butcher has spent periods at STEIM and ZKM helping research a system for software recognition of his saxophone techniques with Californian computer professor William Tsun-Yuk Hsu.

In 2004 he collaborated with Newton Armstrong at Princeton University on interactive saxophone/electronic feedback manipulation. Another electronic collaboration is with Austrian lloopp/laptop artist Christof Kurzmann.

Some commentators have described his wind trio The Contest of Pleasures, with Axel Dörner and Xavier Charles, as electronic music by acoustic instruments. The "Contest of More Pleasures" adds sound recordists and manipulators Jean Pallendre and Laurent Sassi - to further explore the acoustic/electronic/real-time/recorded conundrum.

In the trio Thermal, with EX guitarist Andy Moor and synthist Thomas Lehn, Butcher specifically works with the possibilities of amplification.

During two visits to Japan he was pleased to play and recorded with no-input mixer specialist Toshimaru Nakamura. They have since played in London and Paris, and are preparing a new release.

Solo concerts and recordings have long been a particular enthusiasm. Thirteen Friendly Numbers, his first solo release, includes pieces for multitracked saxophones, whilst London and Cologne and Fixations focused on live performance.

The Geometry of Sentiment (2007), is a collection of pieces from European and Japanese concerts - all site-specific to various degrees, a concern that gained focus during his 2006 Resonant Spaces tour of Scotland and the Orkneys. The new Resonant Spaces CD collects music from this tour.

2008 included: developing the piece "Asymptopic Freedom" - a response to the theories of Gustav Metzger for saxophone, snare drum, guitar, e-bow (played by one performer). This was part of Rhodri davies "Self-Cancellation" project in London and Glasgow.

Duo collaborations have often been the most fruitful for improvisation, and include long term partnerships with John Edwards (bass), Steve Beresford (electronics), Rhodri Davies (harp) and Eddie Prévost (tam-tam, percussion).
With Beresford he has also worked on the Christian Marclay projects, Screen Play, Graffiti Music and Shuffle.

In 2006 Butcher began working with the Australian ELISION ensemble. Tim O'Dwyer wrote Gravity for the group plus Butcher, and the following year they jointly composed Residue for a performance at the Qeensland Festival.

Recently he has been playing again with his old colleague from Polwechsel, Burkhard Stangl. Projects include a saxophone concerto and "My Dowland" with Stangl's "Extended Heritage", and a trio with Stangl and Tony Buck.

As an improviser Butcher continues to play in many occasional, sometimes just one-off encounters.

From 1993 - 1997 Butcher was a director of the London Musicians' Collective. Around this time he also organised, with flautist Nancy Ruffer, two SoundArt festivals - programming composed and improvised music. 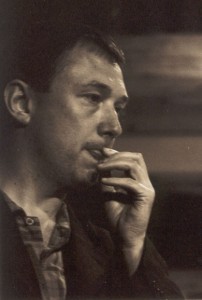