Keep A Lid On by Isle Adore 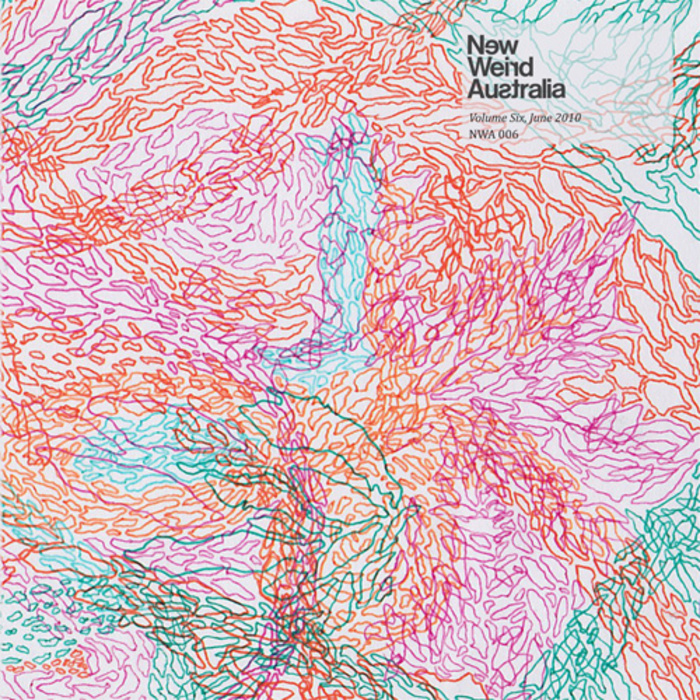 Curating and sequencing the New Weird Australia compilation series is a difficult business – underpinning each track-listing is a desire to present both a sense of cohesion and one of contrast. They might at first seem at polar opposites, but in fact it is the latter that provides the aural glue for the former – as we believe this latest volume clearly proves.

We open with a track that could only placed at the start – a statement of intent that clearly signals that all bets are indeed in the off position. Ambrose Chapel’s patient slice of epic drone metal takes nearly five minutes to introduce any percussive elements, by which point a growing sense of disorientation has already dislodged any preconceptions about what might follow. If you’re not already feeling paranoid by the end of track one, Jonny Telafone will certainly drive you there – signalling the end of the world in track two (happening sometime next year, apparently). However, his apocalyptic vision is tempered with an electro clarion call, insisting that we take a moment of heady refuge and get it on with whoever might be closest.

The contrasts and cohesion continues throughout the volume: Chrome Dome‘s furious, motorik rant against needy members of the opposite sex is juxtaposed withWigwam‘s sweaty, stumbling percussion and mid-tempo tribal shuffle; Eastern Grey‘s lengthy, freeform piece pitches analogue machine against analogue machine in a squealing and unsettling battle for aural domination, whereas Isle Adore calms us all down with a perfect drop of experimental pop, culled from a sadly neglected album that richly deserves wider acclaim.

Nowhere is the yin / yang more obvious than in the closing couplet. Philip Sulidae‘s dense slab of black tar drone falls into Anna Chase‘s tempered closing shot of sparse vocals, guitar and accordion – all of which belies a fitting moment of quiet defiance, with Chase insisting that we’re simply “not going to take it any more”.

This line in the sand is an appropriate finale to Volume Six, and indeed to both Year One of New Weird Australia and our process to date. Our next releases will see a change in direction – with guest curators, thematic and genre-specific compilations and a new series of artist EPs, released free with limited CDs available on the side. A contrast to what has gone before, but nonetheless a cohesive and natural evolution to our new, weird, Australian story.

» VIEW ALL“Keep A Lid On” Fans

Keep A Lid On by Isle Adore is licensed under a Attribution-NonCommercial-NoDerivatives (aka Music Sharing) 3.0 International License.