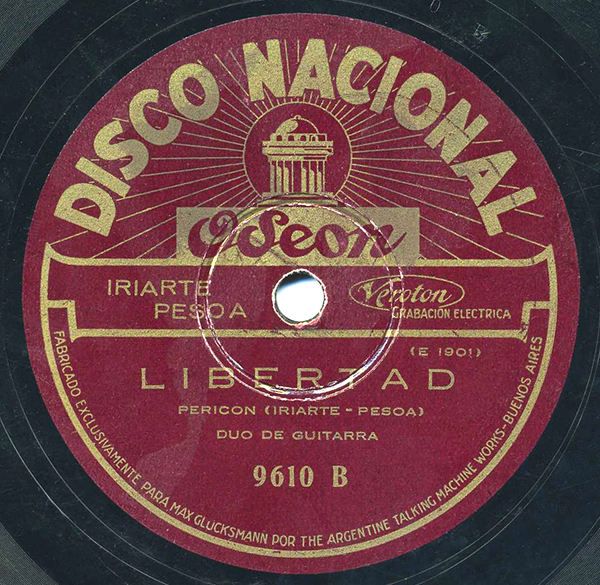 While I definitely have some appreciation for the early practitioners of the Argentine tango and its singers (Carlos Gardel being the most well-known), I prefer the folk music from Argentina which was being played pre-tango, and during the same early years of the tango’s rise to international fame. In particular, folkloric guitar music brought from rural areas into the urban center of Buenos Aires.

A fine example is performed here, by Rafael Iriarte and Rosendo Pesoa, recorded for Odeon in the mid-1920s. Iriarte (whose nickname was “The Rat”) recorded a number of duets during this period both with Pesoa and with Jose Maria Aguilar, another master of the acoustic guitar. He also had a career as an accompanist for numerous tango vocalists, but again, for me it’s the folk material that stands out. He died in 1961.

If you’re interested in more work by Iriarte, check this CD.