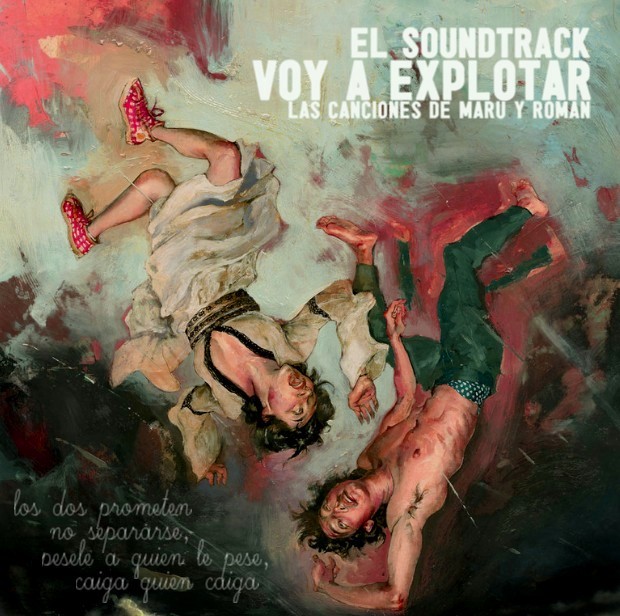 Voy a Explotar is the soon-to-be released film from El Revolcadero and Canana, the production film company of Gael Garcia Bernal and Diego Luna (Y Tu Mama Tambien). It’s a generational gem of two Mexican teens, Maru and Roman, frustrated by the reclusion of their parents and society, decide to take on an adventure; finding love as they make a pact, to stay together no matter what. But where can two angry kids go? Perhaps to the roof of their own house, as their relationship unfolds its beauty and tricks, they are revealing themselves to an adult world that doesn’t seem to understand them. It’s an explosive and demanding film, executed by Gerardo Naranjo with a powerful, bleak and energetic scope to visualize Maru and Roman, their brave and confused relationship and their fantasized stories.

The film’s music supervisor Lynn Fainchtein did an extraordinary job placing the right musical passages and songs at the most precise moments. Everything was settled for a commercially released soundtrack that features the music from the film, but it was passed on by several labels. With that said, this is my reinterpretation of the movie, through songs. This release is the official soundtrack of the film, which with the disposition and willingness of 22 different artists and their labels is available here, entirely for free. My initial idea to have a soundtrack with Mexican bands was put aside once realizing the narrative and themes of the movie are not exclusive for Mexico, but all Iberoamerica. Voy a Explotar opens yet another space for discussion, about rebelliousness, promises, our identity and the shared feeling that somehow, we had been forgotten by somebody out there.

This is an explosive shout for anyone willing to hear it, melodic and violent as the cinematic experience. These are the songs of Maru and Roman, and the details.

Bestia by Hello Seahorse! is licensed under a Attribution-NonCommercial-NoDerivatives (aka Music Sharing) 3.0 International License.