Comprised of avant blues guitarist Loren Connors, vocalist/lyricist Suzanne Langille, avant guitarist Andrew Burnes (of San Agustin) and Neel Murgai (soundtrack for “The Yes Men Fix the World”) on the daf,  Haunted House played at Tonic, the Cooler, Brownies and other NY venues in the late 1990s.  The band released one record, a CD of live recordings called Up In Flames on Erstwhile.  Shortly after, Andrew Burnes moved away and the band came to an end.  After a 10-year hiatus, the band returned to New York for a performance at Brooklyn’s Issue Project Room with only a sound-check as rehearsal.  The band and Northern Spy were immediately behind the idea of recording. It took another nine months of planning before stars and schedules aligned and the band could reconvene. They played again at Issue on April 6, 2011, and a couple days later in the same old factory building they laid down the tracks for Blue Ghost Blues at Seizure’s Palace. 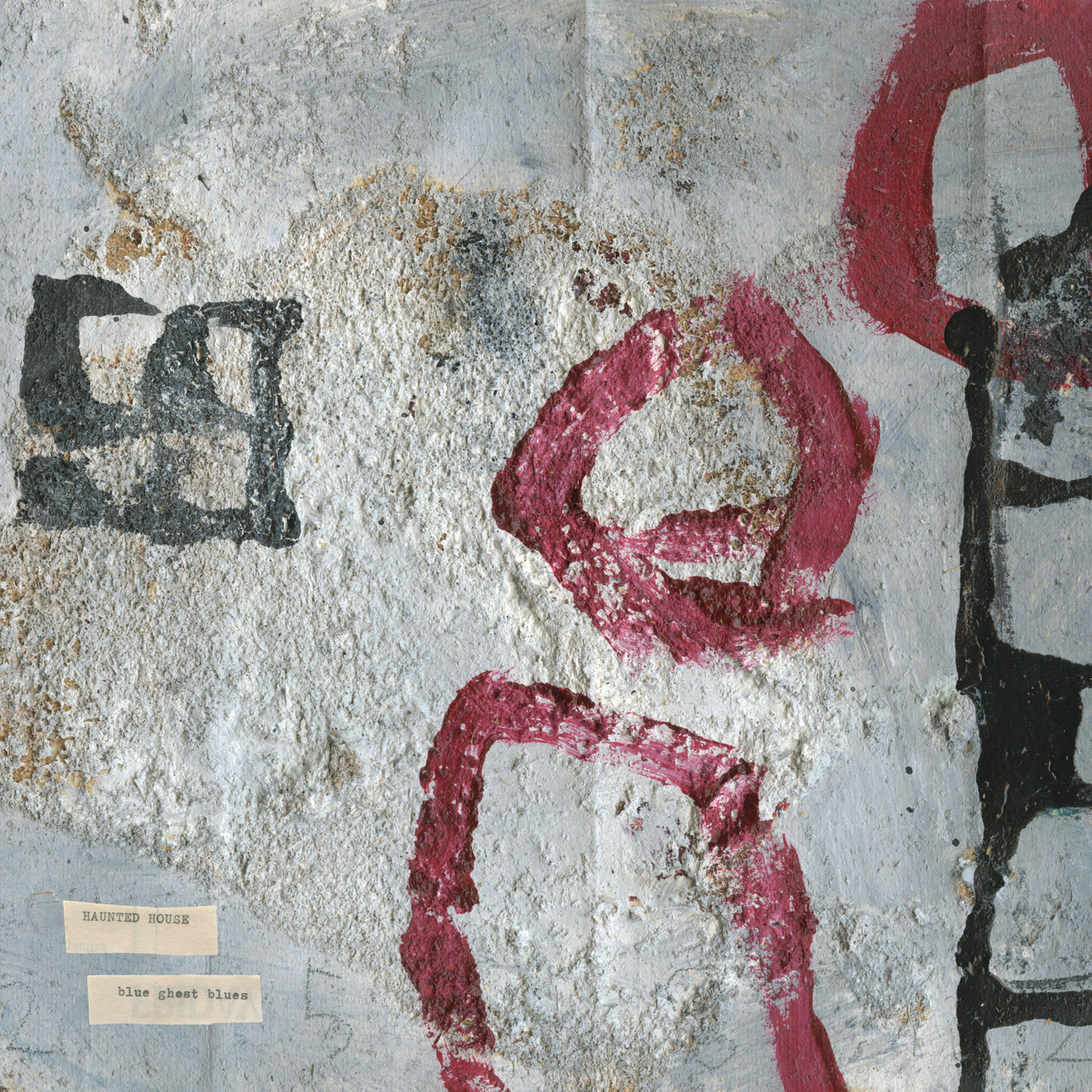