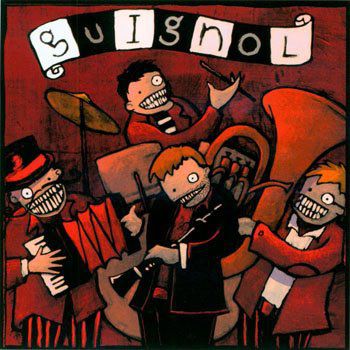 What you've got here is not really one of those bands puffed up with self-importance with some political or countercultural snake-oil to sell. Why there's not even a singer! What you've got here is the raucous, theatrical, spastic and melodramatic soundtrack for singing grifters, murderous marionettes, and grease-painted gutterballs. It's an oom-pah wedding, squealing and lyrical, that hits like punk rockers and sings like a gypsy camp.

Guignol played its first shows in February 2002 under the name the Nothing Machine, backing up the fire-breathing, maggot-eating Lucky Devil Circus Sideshow from Coney Island every weekend at CBGBs. Since then we've opened for bands including Annie Anxiety, Against Me!, Gutbucket, Barbez, Sleepytime Gorilla Museum, and more. Our self-titled debut, recorded with Danny Shatsky at Vibromonk Studios in Brooklyn (Firewater, Gogol Bordello, Big Lazy), came out in 2004 on Third Story Records; followed by the Guignol/Nanuchka split EP "Drink The Best Wine First" in 2005 and the full-length collaboration "Guignol & Mischief Brew Fight Dirty" in 2009 on Fistolo. We're playing a squat, punk rock flea market, or dingy basement near you. 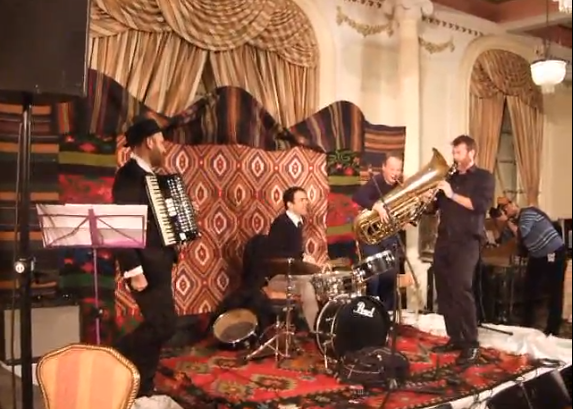