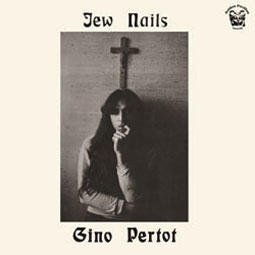 Probably the RAREST Austrian LP, and one of the most elusive records ever. The music is honest and spontaneous, crossing paths between fragile folk and psychedelic dark undertones with a touch of glam, expressive lyrics and fleeting guitar lines. The 200 copies privately pressed in 1976 (two runs of 100 copies each) were mostly given to friends and sporadically sold at concerts.

unthrutful yes by Gino Pertot is licensed under a Attribution-NonCommercial-NoDerivatives (aka Music Sharing) 3.0 International License.