A Caroline by Gerbil Church 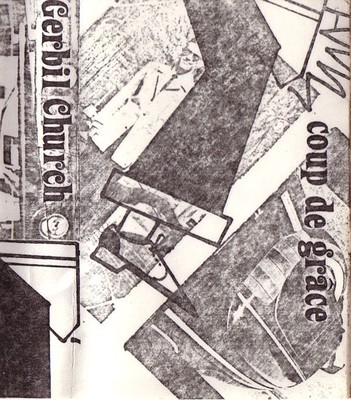 Early severed lips recording artists GERBIL CHURCH; a duo of vantage guitars and vintage reverb style. No bass, no drums, in their place; super 8mm travel films and a handful of lamps with colord bulbs strewn about.  This, the second cassette release from the band, was a 'step up' from the boom box recorded live HALLOWEEN show from 1992 and the similar quality of the next release 'GEMS' compiled from rehearsals via boom box and tape deck sessions.

Scott George Beattie played guitar and crooned through verb.
William Hellfire played guitar, broke a string and belted out a few too.

A Caroline by Gerbil Church is licensed under a Attribution-NonCommercial-NoDerivatives (aka Music Sharing) 3.0 International License.
For more permissions:
contact artist