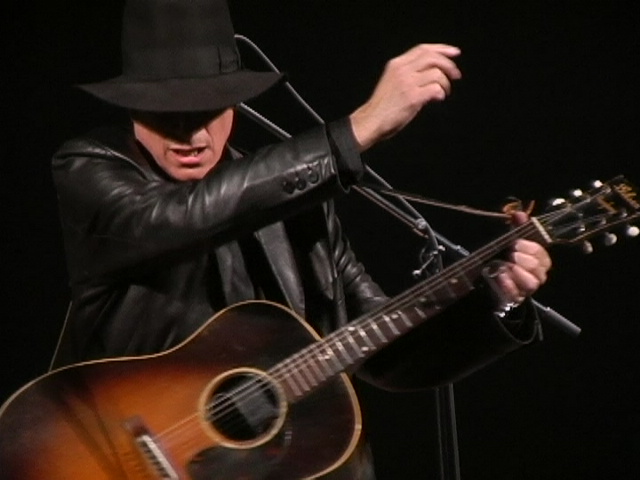 A world class guitar hero, a Grammy-nominated songwriter and composer, an international recording artist with over 20 acclaimed solo albums to date, and a soundtrack composer for film and television, GARY LUCAS is on the move in 2013.

Dubbed "The Thinking Man's Guitar Hero" by The New Yorker, "The world's most popular avant-rock guitarist" by The Independent (UK), "One of the 100 Greatest Living Guitarists" (Classic Rock), "Legendary Leftfield guitarist" by The Guardian (UK), "Guitarist of 1000 Ideas" by The New York Times, "a true axe God" by Melody Maker, and "One of the five best guitarists in the world" by the national Czech newspaper Lidove Noviny, the British world music magazine fRoots recently described Gary Lucas as "without question, the most innovative and challenging guitarist playing today." Rolling Stone's David Fricke wrote: "Gary Lucas is one of the best and most original guitarists in America...a modern guitar miracle." Best-selling author/producer Dan Levitin ("This Is Your Brain On Music") recently cited Gary as "the greatest living electric guitarist". Gary was also dubbed "one of the world's greatest guitar players" by HITS Magazine.

Gary starts the year with a bang headlining the famed Paradiso in Amsterdam Feb. 17th with "The World of Captain Beefheart", a gala concert featuring the 60 piece Metropole Orchestra and legendary Nona Hendryx. The show will go out live on producer Co de Kloet's national Dutch Radio 6 program "Co Live"—listen here—and will be filmed for broadcast later this year. In Oct. 2013 Gary is coming to BAM's new Fisher Space in Brooklyn for two nights with the expanded concert version of his celebrated album of 30's Chinese pop, "The Edge of Heaven". Featuring Gary, his band, and two female vocalists from Shanghai, the project received standing ovations in June 2011 at both the 64th Holland Festival in Amsterdam and the Nijmegen MusicMeeting.

In 2012 Gary was profiled in the New York Times, the Wall Street Journal, and the International Herald Tribune to coincide with the release of his supergroup Gods and Monsters' studio album "The Ordeal of Civility" (Knitting Factory), produced by Jerry Harrison which is receiving rave reviews—4 Stars in MOJO and named one of the Best of the Year in Rock's Backpages. He released a vinyl only album in the Czech Republic "Gary Lucas Plays Bohemian Classics" (Faust Records) featuring his solo acoustic arrangements of Dvorak and other Czech classical composers. Last year he embarked on a European solo tour selling out Liverpool's Philharmonic Hall two nights in a row with his Captain Beefheart Symposium, performing his live score for Spanish "Dracula" at the annual music festival of Bilbao Spain, recording with Bryan Ferry in London, performing solo in Portugal where he was profiled on the cover of two national newspapers, and finishing in Paris where he was profiled in the French left paper Politis. That year Gary performed at the Grammy Museum in LA as part of their "Great Guitar" Series which further bolstered his credentials as "one of the best and most original guitarists in America" (Rolling Stone).

Gary just wrapped recording the debut album of his psychedelic dance music project Wild Rumpus with his partner Colleen "Cosmo" Murphy, and their latest 12 inch vinyl single "Cloudhopping" sold-out its first pressing in one week. He recently premiered his new live solo guitar score for Luis Bunuel's "El Angel Exterminador" at the 33rd Havana Film Festival and rocked the 48th New York Film Festival with the US premiere of his Spanish "Dracula" project performing his original solo guitar score live to accompany a screening of the legendary 1931 film.

In the last few years, Gary Lucas made successful performing debuts in China, Cuba, the Canary Islands, Colombia, Brazil, Costa Rica and Mexico alongside his usual non-stop touring in Europe and North America, and is coming to BAM's new Fisher Space in Brooklyn in Oct. 2013 for two nights with the expanded concert version of his celebrated album of 30's Chinese pop, "The Edge of Heaven". Featuring Gary, his band, and two female vocalists from Shanghai, the project received standing ovations in June 2011 at both the 64th Holland Festival in Amsterdam and the Nijmegen MusicMeeting. His recent album, "Rishte" (Harmonia Mundi), a blues/raga collaboration with Indian vocalist Najma Akhtar, made #4 on the World Music Charts Europe and the pair garnered a 5 star review in The Financial Times for their live show and an ovation at WOMAD Los Palmas. He released his first ever coloured vinyl single "Music for the Eden Project" on 5nakefork Records last year to acclaim which has been used as the soundtrack for UK visual artist Paul McGowan's installation at the Eden Project in Cornwall.

Gary Lucas tours the world relentlessly both solo and with several different ensembles, including his longtime band Gods and Monsters, whose ranks once included the late singer Jeff Buckley. Gary co-wrote two of Jeff Buckley's most famous hits, "Grace" and "Mojo Pin", which opened Jeff's double platinum Sony album "Grace", which MOJO magazine named the #1 Modern Classic Rock Album. Their early collaborations can also be heard on the Jeff Buckley and Gary Lucas album "Songs to No One", which charted internationally with worldwide sales approaching 100,000. Other notable Lucas albums include his recently reissued 2001 album "The Edge of Heaven", an album of Gary's lush arrangements of 30's Chinese pop songs, which made #1 on the World Music charts and received rave reviews around the world. To date he has released over 20 acclaimed albums in multiple genres, and performed in over 40 countries. 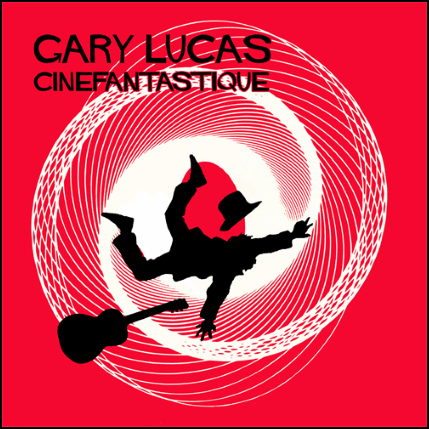 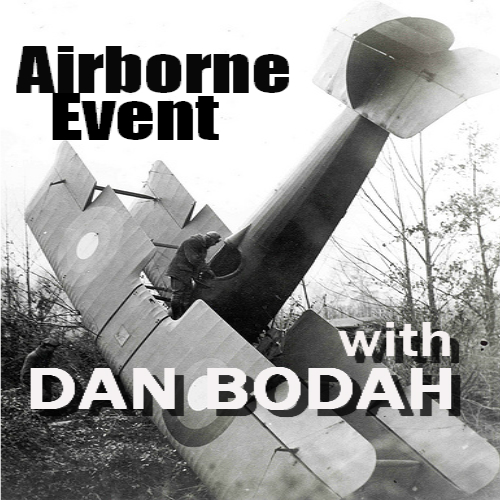