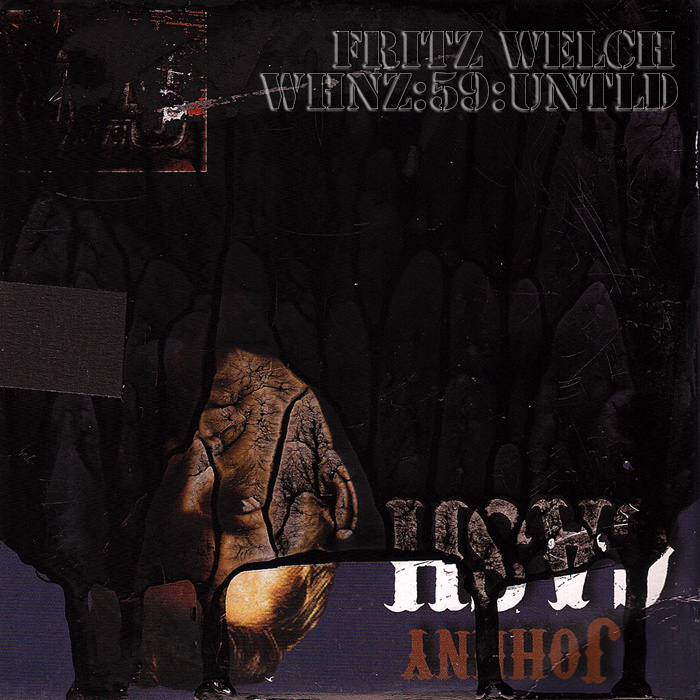 "On November 20, 1969 the Indians of All Tribes (IAT) began an occupation of the deserted prison on Alcatraz Island in San Francisco Bay. This event kicked off a series of similar actions throughout the 70's including the take over of Wounded Knee by members of the American Indian Movement (AIM). I was thinking about Alcatraz and its most recent inhabitants while I was putting together this record. The music has no direct link except that i was imagining a pirate radio station broadcasting anti-imperialist propaganda and future Death Metal from that beat up old Rock. It was initially meant to be an LP so the tracks are divided into 'live side' and 'studio side'. Alas vinyl never materialized so i released the album as a cd-r in 2011 inside one-of-a-kind sleeves made from recycled & redacted pop cds scored at charity shops. Tracks 1- 4 were recorded in Roubaix France at La Condition Publique and mixed with extra voodoo in St. Annes-on-the-Sea by audio wizard Richy Midnight. The gigs were part of Ohno Cooperation's The Tragedy of the Applause exhibition which featured installations on the subject of accumulative hyper-psychosis and garbage harvesting. For the sonic gravy, all participants took part in a collaborative improvised mash-up splatter session under a giant army tent inside a converted toy robot factory. These 4 live tracks are my solo pieces which were a section of the larger group performances each night. I was joined by the incomparable Nicolas Field on drums who holds it all down with precise unfolding stasis. Track 3 features a group scream in response to my anti-Thanksgiving celebration provocation. Side B was recorded in Edinburgh in Michael Edwards' home studio which fits snugly inside a sauna built into his box room. The tiny wooden room-within-a-room has enough space to contain a snare drum and group of crucial objects and tools. Number 5, Requiem for Pashquita, is an ode to my beloved dead cat and reminiscence about my children's language development. And finally, Doghouse Reilly is a sound poetry + snare drum nod to The French Connection as well as a meditation on particle accelerators." — Fritz Welch. 2013, Glasgow, Scotland

Live in Roubaix 29/11/09 by Fritz Welch is licensed under a Attribution-NonCommercial-ShareAlike 3.0 International License.