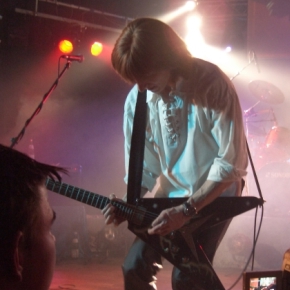 German musician Frank Dorittke, aka F.D. Project, is originally a guitarist from the Dinslaken-based band Imagine.

He got interested in electronic music around 1991, and became influenced by the music of Tangerine Dream ("Stratosfear") and Jean Michel Jarre.

Frank couldn’t resist stepping into the deep, and started composing his own electronic music, which would end up as his debut album "Electronic Dreams".

To his own astonishment, F.D. Project was chosen "Best Newcomer" at Schallwende and the German Schwingungen Wahl 2003, and in the following years he won other prices on that same occasion.  In 2004 he made "Blue Vision" on which some fine electric guitar would compliment his electronic music. That same year, he did his first live concerts, and he won the third  place as "Best Electronic Musician" at Schallwende while "Blue Vision" was chosen second "Best" cd at the same occasion. In the following years, more successful cd and dvd releases would follow.

Frank also released a free downloadable album through Pharmacom Records under the moniker "Mare Tranquillitatis". This double album pays a very nice tribute to the old Berlin-School, offering over two hours of groovy, rhythmic and quite cinematic music. The expertly played electric guitar plays an important part here, reminding of the part of Tangerine Dreams’ "Encore" and some vintage work from Pink Floyd.

The versatile and accessible music of F.D. Project is not that simply to depict as it’s influences range from Tangerine Dream to Mike Oldfield, at other occasions keenly blending elements from the Berlin School and guitar riffs. At times it can be melodic and up-tempo, then switching to captivating atmospheric textures and soundscapes, but in live-settings one can count on it some great guitar playing will show up. 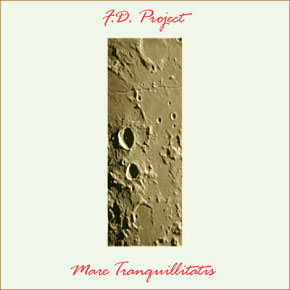