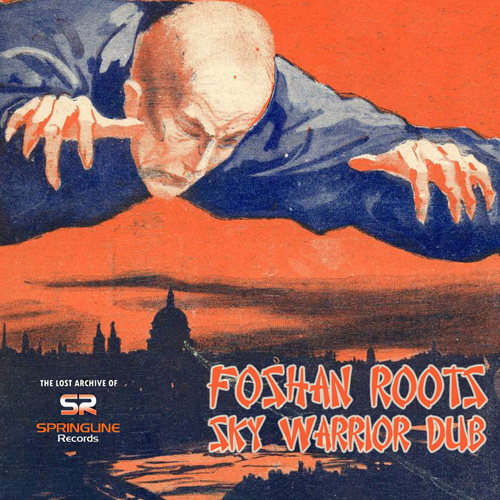 We are starting a new series of releases, exploring and re-discovering Springline Records, one of the most underrated reggae and dub labels. It has been operational from 2003 until 2012, releasing music on vinyl, on audio tapes and later in digital format. With artists coming mainly coming from the UK underground, the style of the label was strongly influenced by the Jamaican roots music of the 70s with a sound very kin to that of Lee ‘Scratch’ Perry’s Black Ark studio.

But the resemblance to Black Ark studio goes far more than just the sound and the music. After 10 years of operation, two vinyl releases and many tapes and digital releases the label stopped its operations. All releases were discontinued in 2013 & all master recordings were lost or destroyed or on purpose deleted/thrown away, with the owner of the label deciding to put an end to that musical adventure. What is left nowadays are some articles and reviews on the internet, reminding the era of a great label, which unfortunately did not get the recognition it deserved.

All this happened at the time when Dubophonic was just starting its own musical adventure in 2013. We don’t know if it was meant to be, if a higher force controls everything and connects everything together, but thanks to Gibsy Rhodes, owner of Springline Records, we got our hands on some crucial tunes found forgotten on a hard disc, which was saved from destruction. Ruff takes, dubplates, alternative cuts, demos and a few unreleased works; a true treasure to our ears!

Foshan Roots - Sky Warrior Dub is the first release from our new series entitled “The lost archive of Springline Records”. It was never released before, until today! Enjoy the deep rootikal vibrations of Foshan Roots. The way of the peaceful warriors!

Foshan Roots was formed as a studio band by Thomas Dewey and Brad Turner in the summer of 2012 in the UK, working together on various projects (Roots, Reggae, Dub). Being able to establish a great connection and to overstand each other telepathically, the musical workings just started flowing. The name of their band reflects the vibes of their music.

All recordings & mixes were done in their own studio (CAF Studios) named after a very inspirational roots album. Brad & Tom play all the instruments themselves, shared out equally, so to give a different feel each time.

Sky Warrior Dub consists of nine dubwise tracks in a deep rootikal style, reflecting the mystical vibes of the band! Welcome to Foshan Roots, the peaceful ZEN-warriors. Enjoy the journey to Jah music!