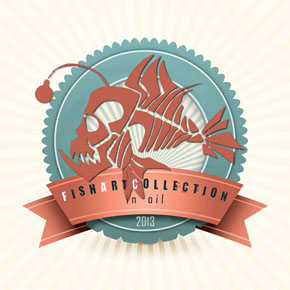 In Oil is the first official album of Fishartcollection.  On this album the band presents it's specific hardcore-crossover style full of diverse music approaches and experimental ideas. It is obvious that band just enjoys overreaching of the borders of music styles and genres.

Very specific part of this album is use of harmonica performed by Jakub Danis in some songs.

This album was nominated on slovak awards - Radio Heads awards 2013 as a album of the year in the category Hard and Heavy.