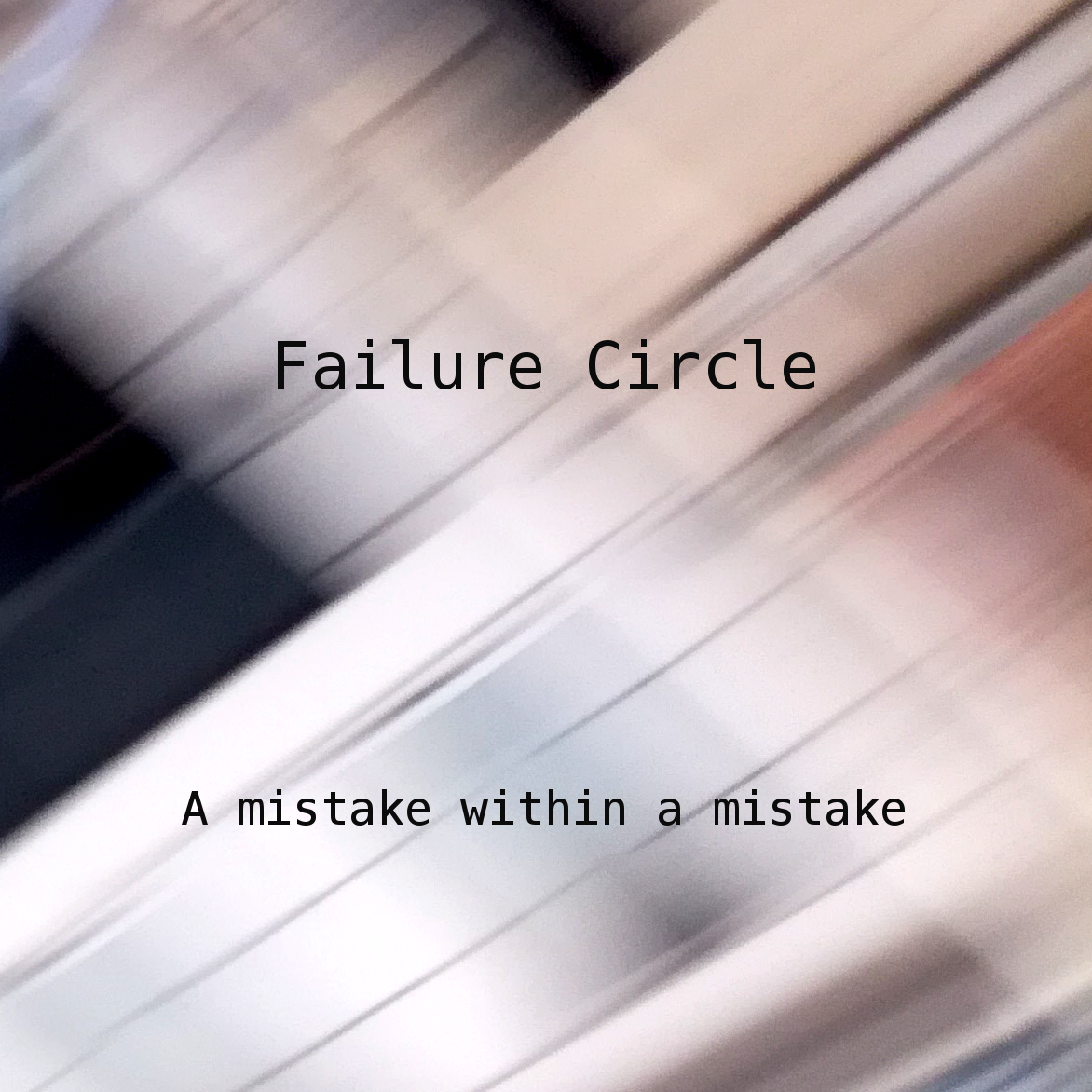 While Failure Circle's 1st album 0x0.0 was full of overdubs, the 2nd one "A mistake within a mistake" consist of 3 raw improvisations recorded in Kecap Tuyul's home studio during winter 2017-2018. It shows another side of this no-input-mixer project: more focused, less frantic, and even minimalist and droney sometimes.

You can also find this album (as well as other old recordings) in flac format on Kecap Tuyul's bandcamp page with a "name your price" option which allows you to give a little financial support if you want.