You came this way: Home > Ergo Phizmiz > Music from "The House of … > Garden Theme 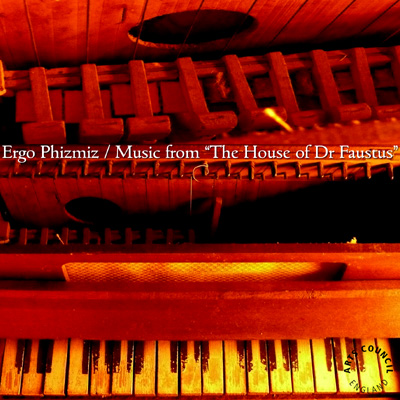 "Funeral March for a Marionette" composed by Gounod, arranged by Ergo Phizmiz

"Dream Garden" is based upon the song "Show Me a Rose", by Bert Kalmar & Harry Ruby, as performed by Groucho Marx

The image shows two angles on a 1920s "Joujouville" French puppet theatre piano, one of the reoccurring sounds on this collection.

This collection is dedicated to James Nye / Jack Phoenix, without whose interaction and inspiration on the whole Faustus project this music would not have been made.